Share All sharing options for: Dining World Headline Predictions for 2012

As is the tradition at Eater, our closeout of the year is a survey of friends, industry types, bloggers, and readers. So far, we've covered: Best Standbys of 2011, Favorite Newcomers, Best Dining Neighborhoods, One Word Describing the Year, Biggest Dining Surprises, Best Meals of the Year and Restaurant Breakups. 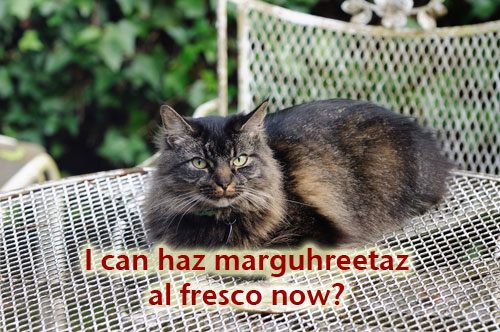 Bobby Heugel, co-owner Anvil Bar & Refuge and others: The word "culture" is finally being used more in descriptions of food. It's important and makes people realize how food relates to community identity.

Nishta Mehra, Blue Jean Gourmet: More beer than wine. A cocktail backlash? And a cupcake backlash, too--complex, not overly sweet desserts instead. I think it may be the year of rice pudding. And South American food. And lots of goat meat (which I'm saying selfishly 'cause that would be awesome).

Ruthie Miller, freelance food writer: As always, I predict this will be the year of the pudding. (As always, it won't be.)

Greg Morago, Houston Chronicle food editor: Southern and Texas foods rule. Sure, we’re already eating them, but look for a greater appreciation and understanding across the board of the stuff we love: comfort foods, farm fresh vegetables, great pig and beef, outstanding seafood, homemade breads and dairy products, old fashioned desserts from hand-me-down recipes, local beers and home-grown spirits. And yes, bring on the best of the barbecue and Tex-Mex. We can’t get enough and now the rest of the country knows why.

Hannah Siegel-Gardner, freelance food writer: Hopefully! Food is going to turn into Willy Wonka style pills. If not, little or tiny food is forever gone from my life.

Have your own ideas of 2012's headlines? Leave them in the comments.