Restaurants We Broke Up With in 2011

Share All sharing options for: Restaurants We Broke Up With in 2011

As is the tradition at Eater, our closeout of the year is a survey of friends, industry types, bloggers, and readers. So far, we've covered: Best Standbys of 2011, Favorite Newcomers, Best Dining Neighborhoods, One Word Describing the Year, Biggest Dining Surprises and Best Meals of the Year. 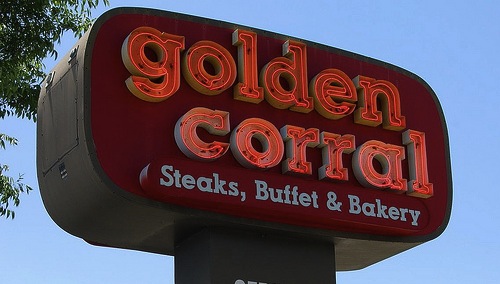 This breakup was looooong overdue. [rob_rob2001/Flickr]

Were there any restaurants that you broke up with in 2011 -- eg, places you stopped going to?

Teresa Byrne-Dodge, editor/publisher My Table Magazine: Yes. But I'd rather not disclose. It's a group of Houston restaurants run by not-very-nice people. They are not getting any more of my money.

Greg Morago, food editor, Houston Chronicle: I don’t eat out enough off the clock to have developed any animosities. But I think restaurants need to step up their bread offerings. There are good bakers in town. There’s no reason to serve lousy bread. Two other things drive me a little crazy: bad lighting and bad noise. I can think of several new restaurants that were so loud you couldn’t hear your partner and so poorly lit you wanted to flee.

Ruthie Miller, freelance food writer: I held onto my love of Pink's Pizza for waaaaaaay toooooooo looooooong, but finally came to my senses this year. Blech.

Christina Uticone, 2 Dine For: Maybe Pink’s Pizza. Their food is good, but I require a much thinner crust.

Katharine Shilcutt, food critic at Houston Press: It takes a lot for me to stop going to a restaurant altogether. I can't think of any recent examples, although I'm sure a lot of restaurants think I've stopped going when in reality, I'm just incapable of the luxury of being a "regular" at restaurants due to the constraints of my job. (Not that I'm complaining; it's a thrill to be fortunate enough to adventure around and try a different restaurant every day of the week.)

Amber Ambrose, editor, Eater Houston: Love the coffee, love the bar, love the atmosphere, but I've broken up with the food at Down House. Hoping to rekindle that relationship if they step it up in that department again. I also had a secret affair with Golden Corral (I know, I know - probably due to my childhood in Port Arthur, Texas and a strange fetish for buffets), and after a recent depressing stop there in Maryland passing through on our way to the airport, I promised myself I'd never, ever go back. I've had nightmares about that cesspool of a chocolate fountain.

Did you have a painful restaurant breakup this year? Let us know in the comments.