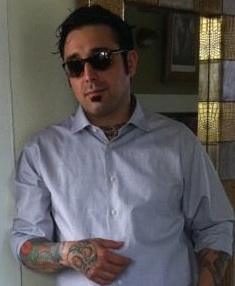 In Michael Dei Maggi's words, "it's been a brutal year and a half." First, his restaurant, The Rockwood Room closed down in June of last year, then his stint with Tony Vallone's empire ended just before the restaurant, Caffe Bello, closed and now, his short lived revival of Dragon Bowl Asian Bistro is over.

The latest restaurant departure comes just after a glowing review from Houston Press food critic Katharine Shilcutt, where Dei Maggi was praised for breathing new fire into the casual Asian Heights concept. According to Dei Maggi, this latest departure is a result of financial issues of the parent company of Dragon Bowl, Delicious Concepts, as well as terms related to his partnership in the restaurant group. Is Dragon Bowl the next restaurant we'll see in "The Shutter"? Check back for the full interview with chef Dei Maggi Monday morning.