As is the tradition at Eater, our closeout of the year is a survey of friends, bloggers and readers. Earlier today, we asked for the city's best neighborhood for dining. Now we want to know what your best meal was in 2012. Readers, please add your thoughts in the comments. 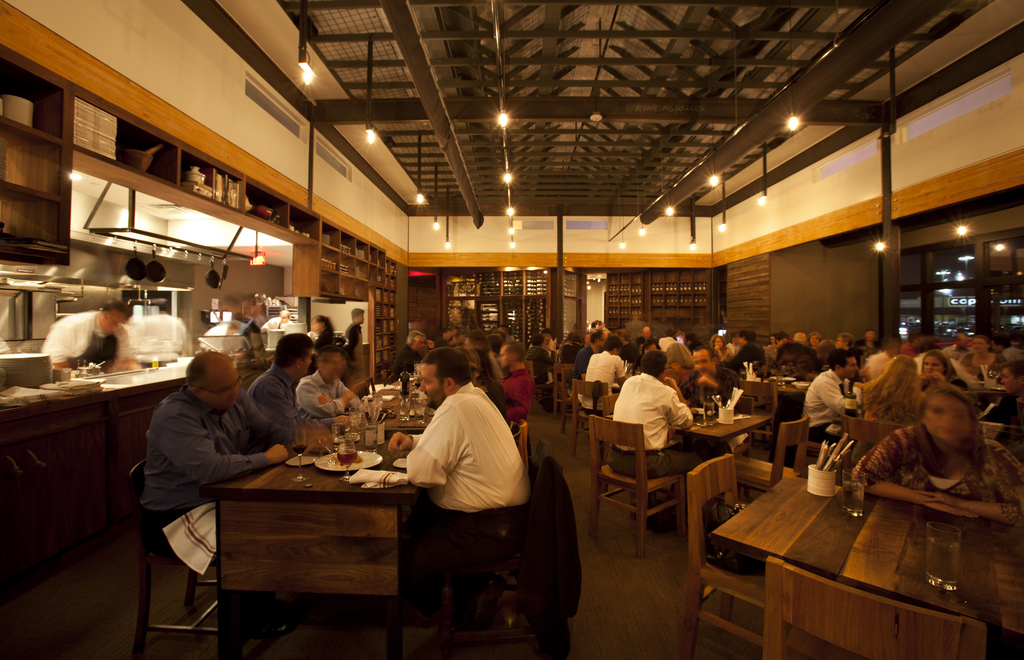 Joshua Justice, Eating Our Words contributor: An inspired meal at Concepcion right as they hit their stride. huitlacoche, blood sausage, ceviche...we had 12 or 13 courses. Katharine calls it gettting "food fucked"

Mai Pham, Eating Our Words/My Table/Houston Examiner contributor: The best meal I had this year was at Maido in Lima, Peru, during a culinary trip I took with Chef Roberto Castre of Latin
Bites. It was recommended to me by an Italian food journalist during the trip. It's currently on the list of World's 50 Best Restaurants, where it deserves to be. The owner, an American-trained, Japanese-Peruvian chef by the name of Mitsuharu Tsumura, organized a multi-course sampling of his "greatest hits" -- on-menu and off-menu items that showed off his mastery of this thing called "Peruvian-Japanese" fusion. I just remember uttering the word "Wow" over and over again during my meal.

In Houston, my best meal this year would have to be the Community Table dinner at Uchi. Paul Qui happened to be visiting that day, so on top of specialty dishes we tried, like the whole suckling pig and oysters with yuzu shallot sorbet, we had corn elote topped with fresh uni smeared on like butter, and other experimental efforts that were simply fantastic.

Danny Vara, Southbound Food co-host: Omakase at Uchi when Paul Qui was in town after his Top Chef win. Spectacular from beginning to end. Sunchoke dashi soup was the best of the best.

Amber Ambrose, former Eater Houston editor, freelance food writer: Uchi. On a date with my husband. It met and exceeded both of our expectations - it was my third time to eat at Uchi, his first. We still talk about it months later.

Tyler Horne, Urban Harvest Market Manager: Our anniversary dinner at Tony's was probably the most memorable. We had never been there before and the service and food was everything we expected it to be and more. It was during Houston Restaurant Week so we felt like it was the most amazing value as well. Grant sent out something special to us and Tony wished us a happy two year anniversary.

Teresa Byrne-Dodge, My Table magazine publisher: I can't pick just one. I've had so many fine meals this year (okay, a few stinkers, too). We were in New Orleans in early December and ate at Restaurant Stella on Chartres Street. Oh, my! By the time this is published, I'll be in France. Maybe the best single meal of 2012 will be there.

Sarah Tressler, freelance writer and writing instructor: Uchi's maguro sashimi and goat cheese with pumpkin seed oil and Fuji apple slices is so good it makes up for the fact that I always get stuck with a 5 o' clock rez at that place

Catherine Martin, Arbitrary Criticism: My best meal was probably the cheese enchiladas at Los Dos Amigos, with the fried egg on top. Its the perfect combination of my two favorite things, Mexican food and fried eggs; I'll never eat anything better in my life.

Lauren Barrash, founder and president of The Wave: Philippe

Phaedra Cook, My Table magazine contributor: Did I mention The Pass? I still feel all happy inside when I think about what they're doing over there.

Steph Stradley, Texans blogger: Kata Robata. - Some sort of tuna thing with grapefruit and edible flowers. It was wonderful. That is the restaurant I want to go back to soon. I just hate the traffic that way.

Eric Sandler, Eater Houston editor: I had a meal at Underbelly with a restaurant industry veteran and a local food writer that featured Chris Shepherd coming to the table to offer us "the best steak you've ever had in your life." It was the right mix of outstanding food and great company that made for a very memorable evening.