What Restaurant Did You Break Up With?

Share All sharing options for: What Restaurant Did You Break Up With?

As is the tradition at Eater, our closeout of the year is a survey of friends, bloggers and readers. Yesterday, we asked for the city's best neighborhood for dining, each person's best meal of 2012 and their picks for the biggest surprises (RIP, Samba Grille). Today kicks off with the restaurants that our panel broke up with, e.g., places people stopped going to. 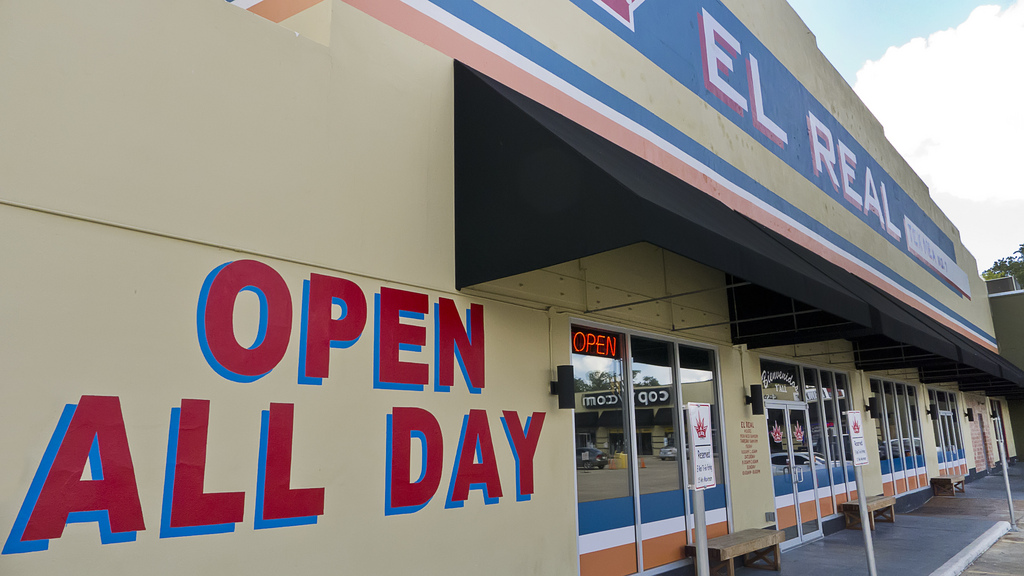 Cleverley Stone, TV/Radio host: I won't spend money at, nor refer people to a restaurant that participated in Houston Restaurant Weeks and then defaulted on their donation commitment to the Houston Food Bank.

Catherine Martin, Arbitrary Criticism: I didn't really break up with any restaurants simply because I'm a hit it and quit it kind of girl when it comes to the restaurant scene. Sure there are places I thought were God awful, but I'm not capable of the commitment a full-scale breakup would entail.

Amber Ambrose, former Eater Houston editor, freelance food writer: Red Robin. I know it's kind of a cop out to give a big chain, but that's the only one I can think of that I know I'll never go back to. Blerg burgers with a side of syrupy cocktails do not a pleasant evening make. (It was a choice made out of desperation on a recent trip to the suburbs of Washington D.C.: we were tired from traveling, it was right next door to the hotel.)

I would also like to say that last year I 'broke up' with Down House in the Heights, but we've rekindled our relationship and it's never been better.

Joshua Justice, Eating Our Words contributor: I'm not much for petulant yelp reviewer hysterics, but I'm not eating at Frank's Pizza anymore after their negative stance on food trucks downtown.

Katherine Whaley, KHOU Anchor and reporter: Late Nite Pie (RIP) -- I suppose this is more of a sudden death than a break-up.

Teresa Byrne-Dodge, My Table magazine publisher: The last two times we ate at El Real Tex-Mex Cafe the service was so miserable that I swore, no more. I love their cheese enchiladas and margaritas, but the experience of dining there isn't worth it.

Sarah Tressler, freelance writer and writing instructor: Ava dumped this city. Or this city dumped Ava. You can never get a straight story with a breakup.

Lauren Barrash, founder and president of The Wave: Candelari's

Phaedra Cook, My Table magazine contributor: Restaurants? No, but there's a bar... Despite the fact that I like the current staff, Anvil stopped feeling like "my" bar and I finally accepted this about a month ago. I used to hang out there all of the time, but it's just not the same for me anymore. I think there's just been too much staff turnover there for me to still feel comfortable. However, I'll always be grateful for everything I learned from Bobby Heugel's cocktail classes and for how generous all of the bartenders have been with their knowledge. If you have the chance to take a class from Bobby on anything—whether it be cocktails, business plans, or skydiving--you should go.

Mai Pham, Eating Our Words/My Table/Houston Examiner contributor: There were places I didn't have enough time to get back to, but no places I stopped going to, per se. I haven't been back to Dolce Vita since it re-opened, but I'd really like to. Same goes for the Burger Guys -- haven't been back but it's not because I don't want to.

Eric Sandler, Eater Houston editor: I'm breaking up with Korean-fusion food trucks that serve fries topped with stuff. I can't remember which one is which based on their names, they all taste the same to me, and none of them are great. In 2013, no more frozen french fries topped with bulgogi and kimchi. It's not you. It's me.