Houston Beer Nerds Are Getting Kind of Spoiled

Share All sharing options for: Houston Beer Nerds Are Getting Kind of Spoiled

One never knows what will trigger a twitter spat. Sometimes, a seemingly innocuous comment will set off a barrage of tweets on a topic. Such an occurrence happened last night, when Houston Press critic Katharine Shilcutt tweeted a picture of the beer list from Mongoose vs Cobra. MVSC, as it will be known throughout the tweets below, has been open for three days, which means that only the most hardcore beer enthusiasts are aware of that fact. There's been quite a buzz surrounding the place, given that MVSC is owned by Ian Rosenberg and Mike Sammons, who have made 13 Celsius one of the most highly regarded wine bars in the city.

MVSC's problem, if random bitching on twitter can be considered a problem, is that it suffers when compared to Hay Merchant. When Hay Merchant opened in February, they sold numbered growlers to people invited for the soft opening. When it opened to the general public, Hay Merchant had a stockpile of speciality casks with which to wow patrons. In other words, the Hay Merchant opening was so over the top bonkers that quietly opening a solid place to get good bar in a neighborhood that lacks such a venue has been met in some quarters with a shrug, instead of the glee that would have been the case even six months ago. 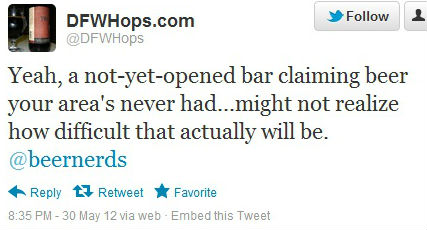 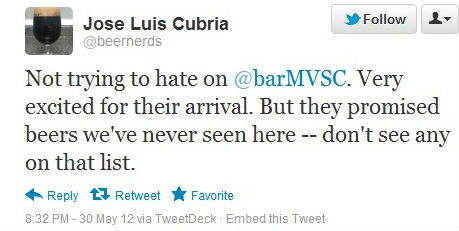 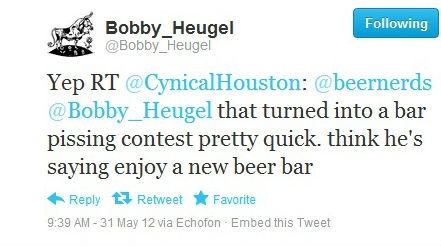 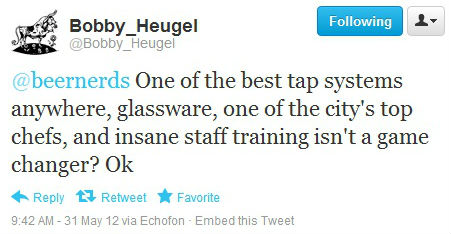 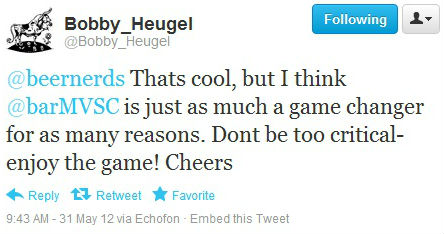 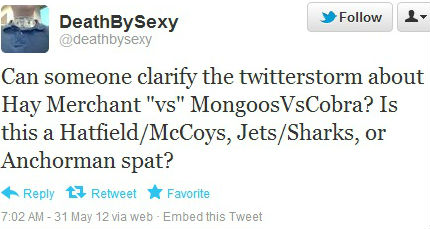 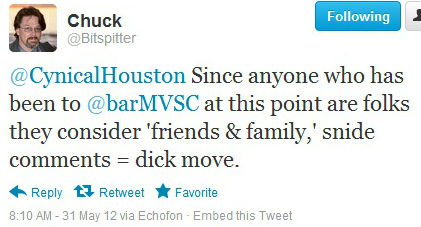