People who aren't sports fans may have missed the story of Jeremy Lin: the Tawainese-American, Harvard-educated, New York Knicks point guard whose rise to prominence last February was dubbed "Linsanity." Count New York chef David Chang among Lin's fans. He told sports blog The Classic that Lin was "my new obsession" back in February. Even the New York Times cited Chang as one of Lin's celebrity fans.

Placed in that context, it's easy to see why the prospect of Lin leaving the Knicks to join the Houston Rockets might have Chang a little riled up. Although the Knicks have the right to match the Rockets' offer, they will probably decline to do so due to salary cap implications. In that context, Chang's tweet seen above makes sense as a joke from a frustrated basketball fan whose upset that the team he roots for is losing his favorite player. Unfortunately, it took Twitter an hour or so to realize Chang was kidding about coming to Houston. In the meantime, some of Houston's most prominent food-oriented twitter personalities expressed excitement at the possibility that Chang's celebrated Momofuku was coming to Houston. 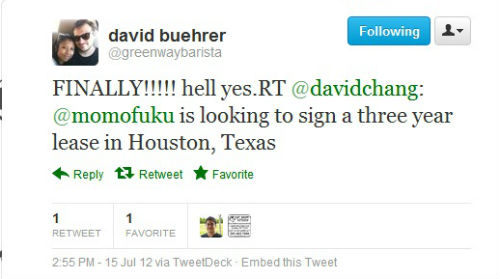 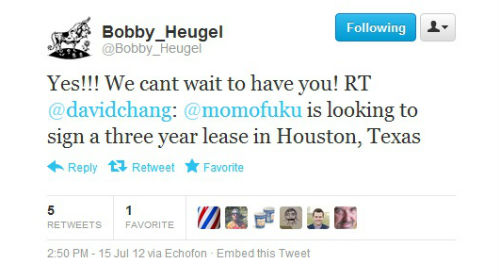 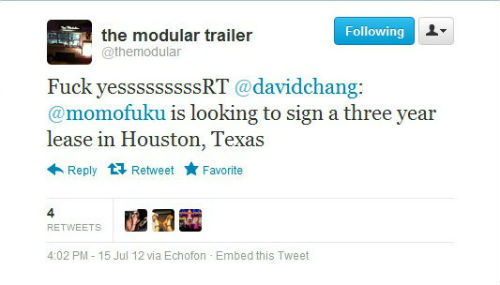 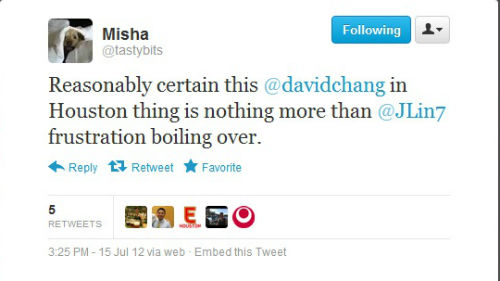 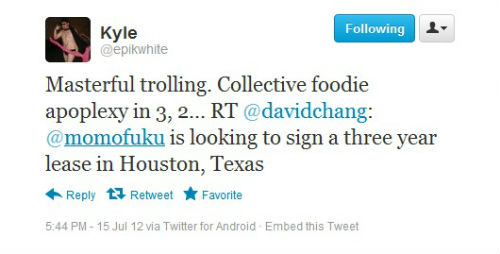 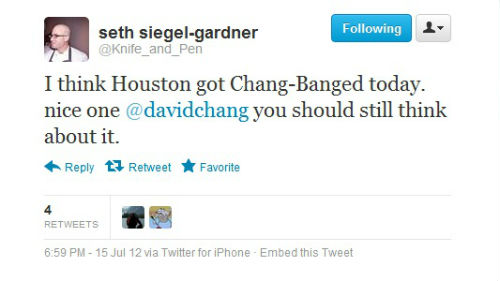 Update: Eater contacted Momofuku PR, who confirmed there are no plans to come to Houston at this time.