Have any tips for EaterWire? Send 'em this way! 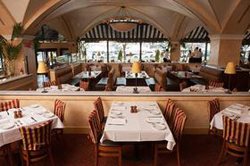 RESTAURANT WEEK— CultureMap has a list of ten great restaurants to hit up during Restaurant Week, including Hawthorn, Triniti, and El Meson. [CultureMap]

HIGHLAND VILLAGE— Swamplot has a shot of the extensive renovations going on over at the former Village Kids space across from the Central Market. It will eventually open as Houston's third Pinkberry and the first inside the Loop. [Swamplot]

FOOD TV— GSN (formerly known as the Game Show Network) is launching a new series called Beat the Chefs. It's not a chef version of Fight Club, rather it's a show in which "amateur home cooks pit their recipes and their cooking skills against professional chefs." Sigh. [Eater National]