Kwang of The Fish Knew When to Leave Me Alone

Share All sharing options for: Kwang of The Fish Knew When to Leave Me Alone

Catherine Martin's Arbitrary Criticism is the local food blog that describes pretty much everything about the experience of eating at a restaurant except the food. Whether she's amazed by the hand washing station at Jerry Built Burgers or contemplating the work of Frida Kahlo, Martin's work is a consistently funny alternative to writers who blather on about whether something is "perfectly cooked," whatever that means. Huge thanks to Catherine for participating in Front and Center week! 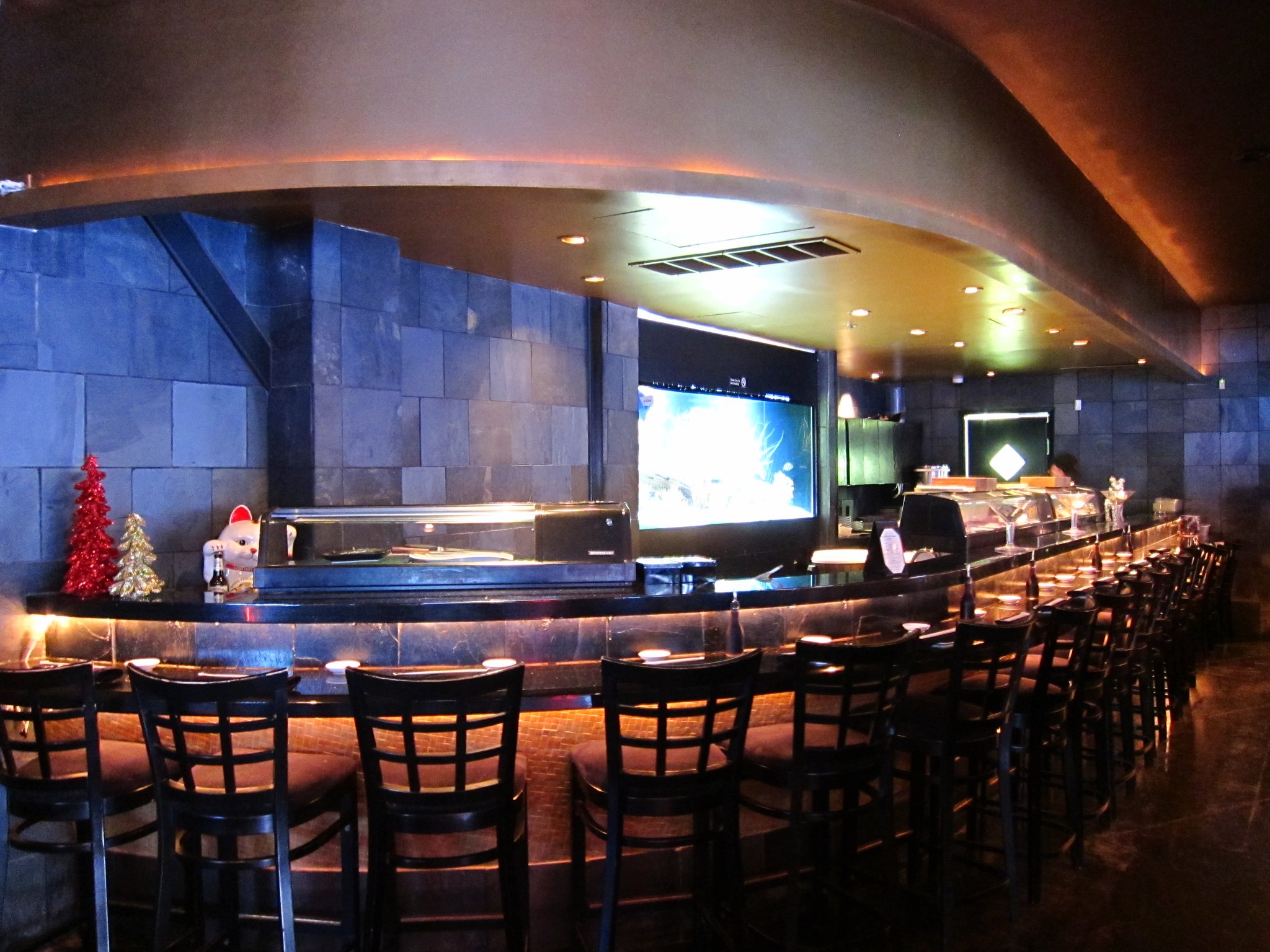 If she had sat at the sushi bar, this post probably never happens[The Fish Houston/Facebook]

It's not hard for me to look back and spot the "good" waiters of my past. Especially since I am such a high-maintenance customer, for any waiter or waitress to treat me as though I am a competent, normal person screams good waiter. But there are two waiters I know deserve a special medal for putting up with me in my most obnoxious states, and at the very least pretending like they were happy to do it. Today, I'm going to tell you about Kwang, a handsome waiter from The Fish on Gray Street in Midtown. Not only did his hipster glasses and perfectly proportioned face cause me to drool over my miso soup, he also treated me so well that I left the restaurant feeling not just like I'd had a good meal, but rather relaxed, as if I'd just undergone a deep tissue massage, facial, and pedicure all at the same time.

So last March was not the best month of my life. For one thing, I was working about 32 hours a week, and going to school full time as well, which isn't the worst thing you can do in your life, except that I really hated my job. It was stressful enough having to balance work and school, but every minute that I was at work, frazzled and hating my life, I knew that I could be at home instead, writing my political theory paper, reading my marketing textbook, or—even better—doing something fun, like lying on my back trying to see how many pieces of popcorn I could catch in my mouth while listening to the same Robyn song on repeat. I hated my job so much that I'd dread the end of my school day, when I knew I'd have to change into my work clothes and drive off to the hotel I was working at. Clearly, I am not made for customer service. I spent most of my time struggling to get my homework done and crying, alone, in the bathroom. When my roommate was in the bathroom, I'd alternate by crying in the closet. Obviously, I needed a break, and finally it came: a rare Sunday afternoon off. I had a couple of papers to write and several exams to study for, but at this point all I wanted to do was drive somewhere far away where I could be alone and nobody would ask me why their room wasn't ready yet, when it was clearly four o'clock, shouldn't it have been ready by now? I collected my book and pointed at random to a restaurant guide I'd printed off the internet; it landed on THE fish, and thus Kwang entered my life.

Here's the thing, guys. I've been working in restaurants since I was seventeen, and except for the brief interlude at the hotel, I've only worked in restaurants. Although I've never been a server myself, I know enough of them to understand the warning signs of a terrible customer. I came in alone, during non-peak hours. I refused the first table that they took me to, demanding that I be seated at a booth. (OK I'll be honest, "demand" is kind of an aggressive word; it was more like I begged to be seated at a booth, and even that was more of a sob than an actual request.) And then, before I even looked at the menu, I pulled out my book, signaling that I was going to spend the entire meal reading and therefore not be in and out in a short period of time.

Kwang was not fazed. He took it as a challenge, I think. Obviously, I was stewing in unhappiness when I walked into that restaurant; all I wanted was for someone else to take care of me for a change. If they wanted to do my schoolwork for me as well, I wasn't going to complain. Kwang knew that, I could tell. He came the moment I was ready to place my order, the absolute instant I knew what I wanted. I think he'd been standing behind me, just out of eyeshot, waiting for me to put down the menu with finality so he could appear by the table. He just slid into place, like he'd been there the whole time. Every time my water glass started to trickle down, he pounced upon it, refilling it before I could even get to the bottom of the glass. I drink like a camel, guys; this is usually where waiters get tired of me. The fifth or sixth time that they have to pour me more free water they start to drag their feet. Then they disappear for several hours and I have to start sneaking trips into the bathroom to drink straight from the faucet and refill my own glass. Kwang's not that kind of waiter. He's the kind of waiter that just lingers in the corner of the room, staring at you until you need something. I never even heard him talking to his waiter friends, though with a handsome face like that, he had to have them. After I ate all my sushi, he came and took my plate and glanced at me reading my book, and you know what he did? Nothing! He didn't drop the check, he didn't ask if I needed anything ... he knew that I was having a bad day, he knew that I was on the run from my real life, he knew that I just wanted to escape a little longer. I honestly probably sat in that restaurant for over an hour after I finished my meal, reading, and he never said a single word. He just kept coming and refilling my water glass. When I shut my book he brought the check instantly, and then, and only then, did he try to make small talk with me. He was so nice. When I walked out of that restaurant into the bright daylight, blinking in shock of what the real world is, I was no longer stressed. No longer did my job seem so awful (though I did end up quitting the next month). No longer did my homework seem so unmanageable. All the tension was gone from my back, all the pressure gone from behind my eyes... and all Kwang had to do was smile at me and refill my water glass and give me the look that said, "It's alright, Catherine, you take the time that you need to take."