Share All sharing options for: Allô French Rotisserie is Closer to Opening

Eater first reported on Allô French Rotisserie back in August when the thought of a new casual French spot caught our attention. It's not just that the menu sounded appealing and the atmosphere relaxed and inviting, it's also that the plans include Eric Goldner at the upcoming restaurant's helm. Goldner was among the first managers to help open The Woodlands' Hubbell & Hudson Bistro, a place that often goes unnoticed by some inner loopers. Another reason we were excited to learn about Allô is that this forthcoming French spot will be opening in Vintage Park.

Although they were hoping for a September opening, as is often the case with restaurant openings, there were delays in construction. The new expected opening date will be sometime at the end of this month, likely in a few weeks. A rep tells Eater that they're just waiting on inspections and staff training before they open the kitchen and then "it's 'Yeeehaw!' or some similar exclamation in French." 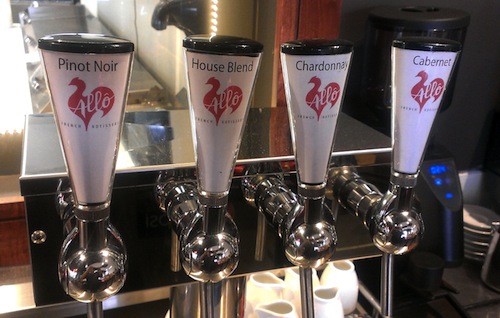 Draft wine will be on tap once they're up and running.
· Allô French Rotisserie [Official Site]
· All Coverage of Coming Attractions [E-HOU]
· All Other Plywood Reports [-EHOU-]
· All Other Fall Tracking [-EHOU-]