Sarah Johnston announced that Fat Cat Creamery, her long-awaited ice cream parlor in the Heights, will officially open to the public this Saturday (December 14). They first announced the opening date on Twitter, saying, "We open 12/14. Come see us. Be nice to us. We permits base-building construction to be ready before opening. About opening day celebrations, Johnston tells Eater, "No big parties, just a wing and a prayer."

Many locals are already familiar with the creamery, since they have been selling minis, pints (16 oz.), push-up pops and ice cream sammies around town for some time now. This will be their first brick-and-mortar store. Once open, Anvil will be partnering to help make non-alcoholic syrups, since Fat Cat is in the "dry" part of the Heights. Fat Cat will offer 10 flavors all the time, five standards and five that rotate. The space will allow them to have a permanent list of novelty items, including bon-bons, soft serve and milkshakes. A menu teaser shows options that include Cat's Meow Mexican Vanilla and Waterloo Strawberry Buttermilk. As far as the name of the shop, it's very personal to the owner. A few months ago Johnston told us, "I'm a crazy cat lady and had a kitty cat who went to Kitty Heaven, and his name was Fat Cat." Johnston's brother drew the cat before they sent it to Spindletop Design, a local company that turned the illustration into a logo for the creamery.

There's so much going on in that Heights-area neighborhood. Upcoming restaurants Hunky Dory and Foreign Correspondents are coming next year, and Houstonia's Katharine Shilcutt also wrote in a recent Gastronaut post that H-Town StrEATs would be joining with a doughnut shop. 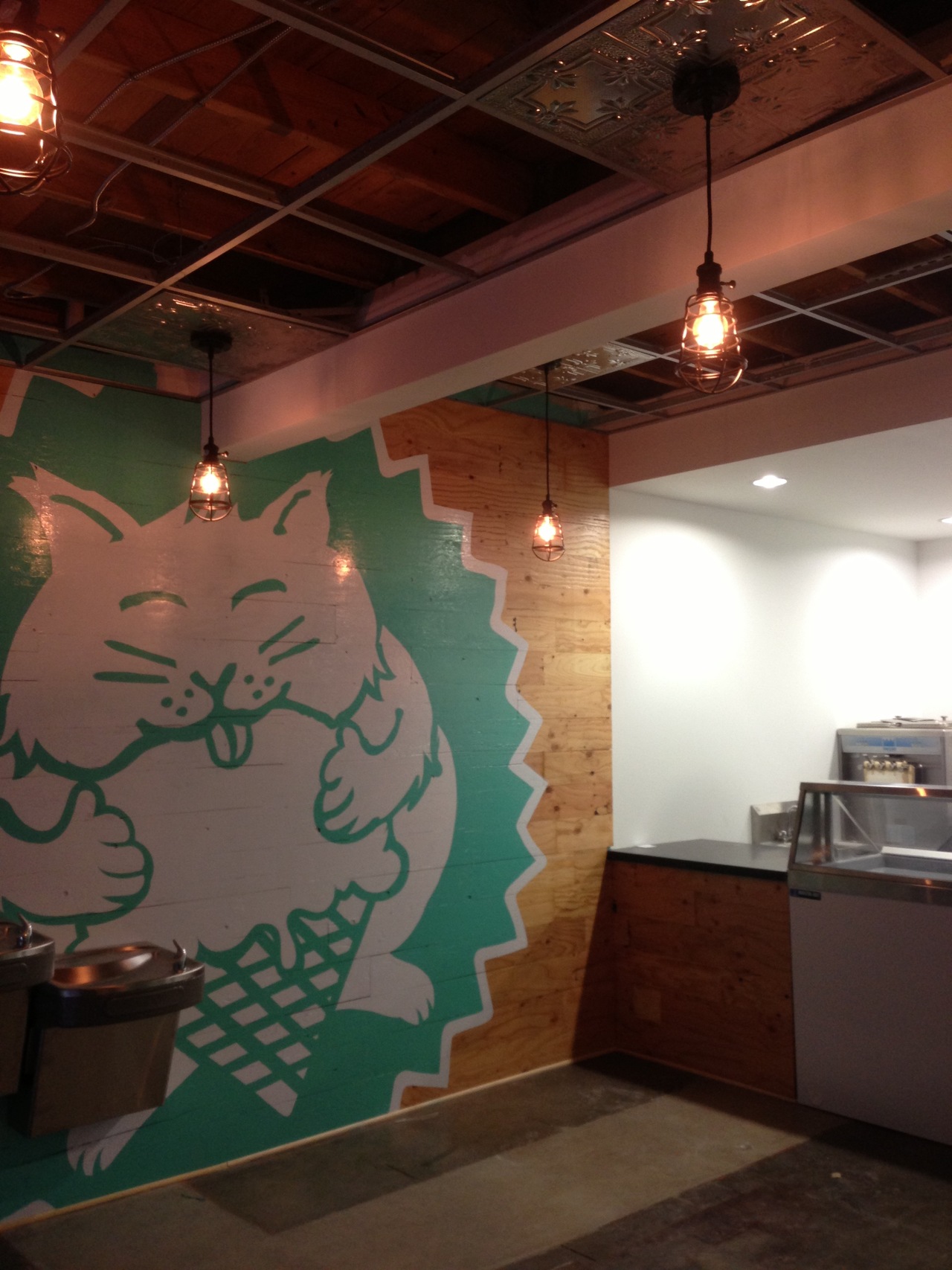