Ninja Ramen Will Open on Washington Next Year

Share All sharing options for: Ninja Ramen Will Open on Washington Next Year

We recently reported that Ramen Jin opened as the self-proclaimed first dedicated ramen shop in Houston, but that there are other similar establishments planned for the town. One of those is Ninja Ramen, which will be opened by Christopher Huang (AKA, Ninja Master), who says that the idea behind this project is so simple, he likely won't need a menu. Huang explains his concept, saying he wants customers to walk in, sit down and say, "I want the ramen." Some might remember Huang as the champ who ate seven artery-clogging Don Juan Tacos in one sitting at Austin restaurant Juan in a Million, a challenge that even Man V. Food's host couldn't beat. And Austin is precisely where he'd originally planned to open Ninja Ramen, but he says that he's from Houston and wanted to return here. Plus, he's been scouting out places for a while.

"Houston is a good place to do ramen now," Huang tells Eater. "When we thought about it in 2004, there wasn't enough interest." Huang is determined to make food that can compete with the national scene, instead of being viewed as a ramen shop that's merely good enough: "'It's good for Houston' ramen, no, I want it to be, It's good ramen for anywhere. Period." He's been working on the traditional tonkotsu ramen, and on a broth that he will customize at the restaurant on a regular basis. "We'll [rotate] special flavors like spicy, garlic and miso," Huang tells us. The focus is to deliver ramen that is authentic in flavor, so the offerings will be dependent on what they're comfortable selling that day.

The bar will be another exciting aspect of this eatery, since they will be stocking a beer Huang personally enjoys: Hitachino. This Japanese brew received much fanfare when it made its Houston debut not too long ago. Ninja Ramen's full bar will also include Asian-style cocktails and Japanese whiskey.

Once open, Huang will be offering discounts to those who show up dressed as ninjas; he says that the the visual effect would be fun. The ninja theme will also extend to the food: In scavenger-hunt style, some of the daily specials will be hidden throughout the space. At this time Huang is reluctant to disclose the prospective opening date, but he says that it will be sometime early next year. He tells us that he has acquired a space at 4219 Washington, formerly home to The Dubliner and Lava Rock. Check back for an update on this shop and on upcoming ramen restaurant Jinya Ramen, which will have two locations in the Houston area. 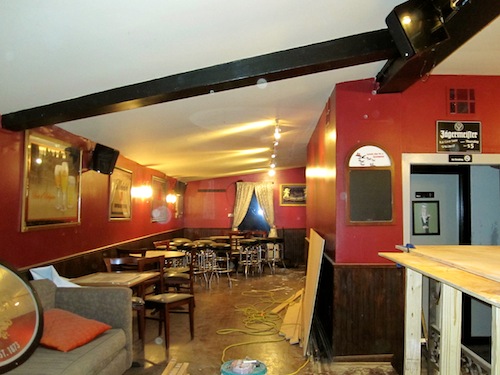 Where Ninja Ramen's main dining area will be [EHOU] 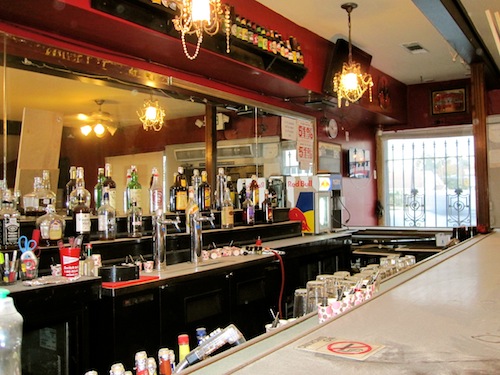 Hitachino will be available at the bar [EHOU]