Share All sharing options for: Anvil Owners Will Open Downtown Establishment The Nightingale Room Instead of Trigger Happy

The Clumsy Butcher, the ownership group behind establishments Anvil, Hay Merchant, The Pastry War and Underbelly among others, was originally expected to open Trigger Happy, but those plans have since changed. Instead, they will be opening entertainment venue and bar The Nightingale Room with Mike Criss, former general manager of The Original OKRA Charity Saloon. This new bar is expected to open in March 2014, and will be flanked by The Pastry War and Goro & Gun; it will stand directly below Captain Foxheart's Bad News Bar & Spirit Lodge on the much touted downtown super-block of bars and restaurants.

The idea behind the name comes from the well-known songbird and also references 1920s Houston music epic Sippie Wallace, who was known as the Texas Nightingale. So it follows that the bar will focus on entertainment and well-mixed cocktails. The venue will host traveling and local artists on an elevated stage at the back of the establishment, and those acts will be selected according to Criss' picks, often jazz and blues performers as well as DJs. On Friday and Saturday nights, the establishment will also offer guests a space to dance. The décor is expected to include large chandeliers, round booths and a mirrored backsplash behind the bar. Appropriately, candlelit antique birdcages will hang from the ceiling. 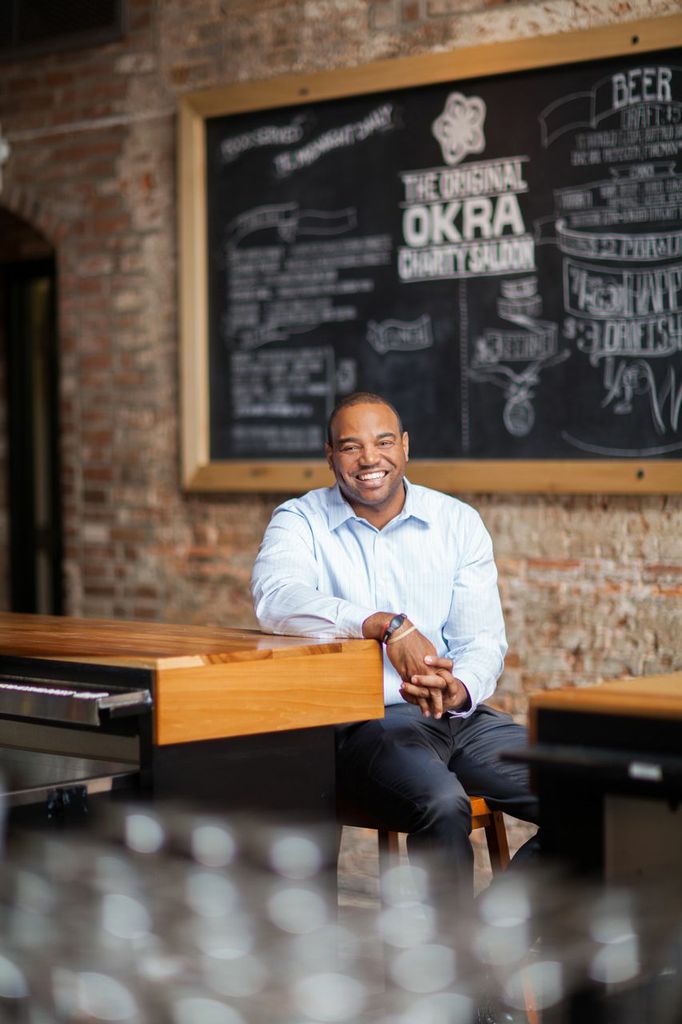 Criss, who worked at Anvil before taking the lead at OKRA, says that he loves working in bars that have a good energy: "I want this bar to be about having fun—enjoying great music and good drinks in a vibrant setting."

This space will boast a full bar with wine, beer, punch "and other democratic drinks." Clumsy Butcher President Bobby Heugel said in a statement that he's confident in Criss' abilities as a bar manager and bartender. Criss has definitely demonstrated his skills as a competent and capable manager, every time we've been at OKRA on a busy night, Criss seems to take the hectic pace with ease. This new space, it seems, will let him be in his element, since he's selecting the music acts. Once it's up and running, The Nightingale Room will be open Tuesday through Saturday from 4 p.m. to 2 a.m.

In other coming attractions news from Clumsy Butcher, bartending maven Alba Huerta's upcoming Julep is finally under construction at 1919 Washington, following some delays. It is expected to open in May 2014, just in time for the Kentucky Derby Julep frenzy. Get your big hats ready.