Manuel Atenco On the Chef Shuffle at La Balance

Share All sharing options for: Manuel Atenco On the Chef Shuffle at La Balance

Last week, news broke that esteemed chef Jose Hernandez would be leaving recently opened La Balance Cuisine in Cinco Ranch, but only Hernandez was commenting at that time. We recently spoke with his business partner in the venture, Manuel Atenco, who wanted to clarify a few points.

"I didn't fire him," Manuel Atenco said. "After dinner last Saturday he left me his keys." Atenco laments that he was never given a two- or one-week notice before having to scramble for a chef to fill Hernandez's shoes at the young establishment. According to him the split came, as Hernandez told us, because of creative differences. Atenco wanting more manageable work hours has influenced his decision to stop serving brunch and to close on Sundays as soon after the first of the year. He says that his priority is to have a happy staff and to increase morale. Another goal is to remain friends with Hernandez, since their families are close. He admits that their friendship won't be the same as it was before, but that he wishes Hernandez well and would visit any establishment he might open in the future. He says that he sincerely cares for Hernandez's future in this industry and wants others to know that he's still a solid business partner. When we spoke with Hernandez last week, he had a different take on the matter and said that he wanted something in writing for his next venture. 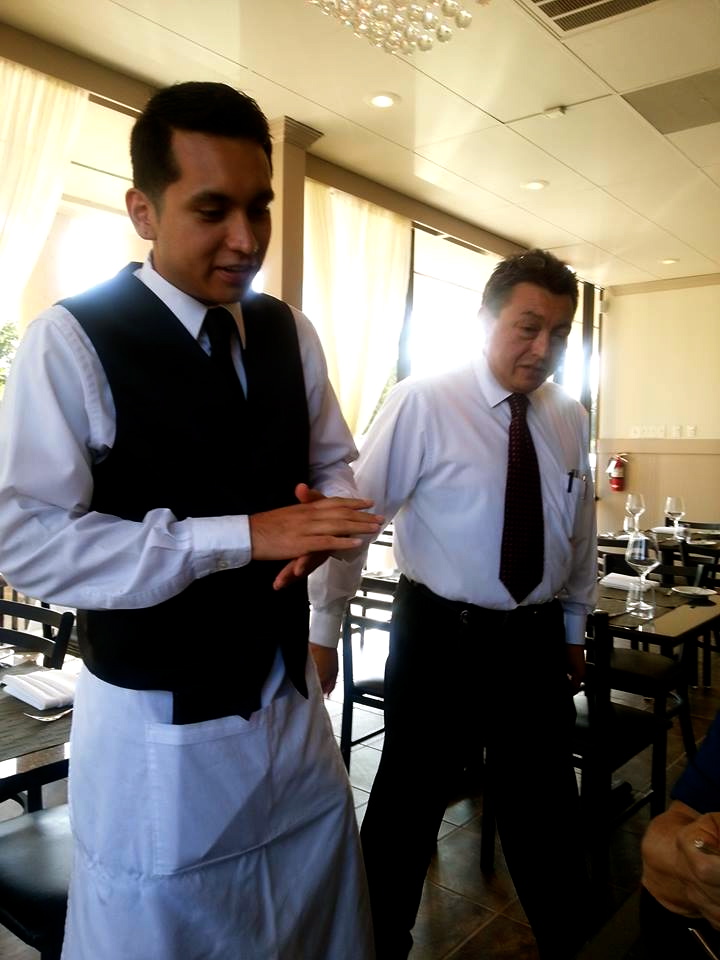 Although Atenco confesses that he's upset that the split was so immediate, he insists that the food has always been and will continue to be carefully prepared with attention to quality. The changes, he tells us, will be in the pastry department, where the options will eventually be more limited.

The search for a new head chef is on, but it's not a priority. Atenco tells us that for now, sous chef Oscar Hernandez who worked with Jose will take on the kitchen, since he knows how to make the food to the standard at which they've been performing since opening. For now the focus is to remain as busy as they are. (When we spoke with him on Saturday, he said they expected a full house that evening.) He hopes to continue growing at a steady pace and maintain the number of customers they have. Atenco says, "He wanted to fly before we could walk, but we wish him the best."
· Jose Hernandez On His Departure from La Balance [-EHOU-]
· La Balance Cuisine [Facebook]