As is the tradition at Eater, our closeout of the year is a survey of friends and food writers. This year, we asked the group eight questions, from Meal of the Year to Top Headline Predictions for 2014. We'll be posting their answers each day until we ring in the new year. Responses are related in no particular order; all are cut, pasted and unedited herein. Below is the second of eight questions. Readers, please add your survey answers in the comments. 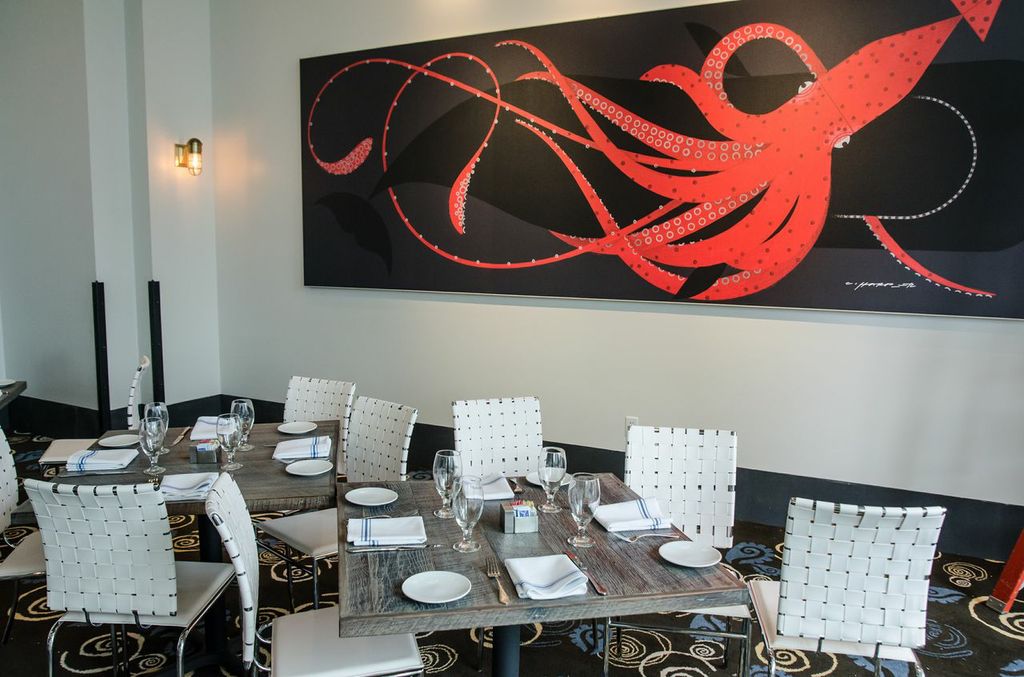 Q: What was the top restaurant newcomer of 2013?

Alison Cook, restaurant critic at the Houston Chronicle: Tossup between Osteria Mazzantini, a wonderful surprise, and Caracol, which if it continues on its early course will be a knockout, and may turn out to be the more complete package because of its very effective design. Thoughtful wine programs at both places make it even harder to call.

Greg Morago, food editor at the Houston Chronicle: The Pastry War because it's beautiful, smart and welcoming. I love the chips and salsa (and tamales) and the passion they put into the cocktail program. Plus, it's only two blocks from my apartment. I also welcome the El Tiempo Cantina on Navigation and La Casa del Caballo. Can you tell I love Mexican food?

Teresa Byrne-Dodge, editor & publisher at My Table Magazine: I haven't yet been to Vallone's or Caracol. Of the newcomers I have tried, I was most impressed by Osteria Mazzantini and Nara.

Katharine Shilcutt, features editor at Houstonia Magazine: I haven't eaten at Caracol yet, and I suspect I'll fall madly in love with it. That said, I'm smitten with Osteria Mazzantini right now.

Robb Walsh, food editor at Houstonia: What was the MOST DISAPPOINTING newcomer of 2013? Goro & Gun.

Phaedra Cook, My Table Magazine contributor: I'm blown away by Caracol, which just opened last week! It's like Ortega, Vaught & Co. took every great thing about Backstreet and Hugo's and married them together. It's like the ultimate restaurant "love child".

Misha Govshteyn, food enthusiast: Caracol is an extremely exciting restaurant, showing Houston the side of coastal Mexican food more common to Southern California than Texas. Hopefully the kitchen can maintain high quality of the first few weeks given the chef shuffles. If it reopens after a fire, MF Sushi also deserves a nod, joining Kata Robata as a best nigiri in the city.

Mai Pham, Forbes Travel Guide correspondent and freelance writer: Its not a restaurant, but it sticks out in my mind as one of the best places to hit the food/wine scene in Houston: Camerata.

Eric Sandler, former Eater Houston editor & current CultureMap staff writer: My pick is Goro & Gun. It works for lunch, dinner or a late night snack. The cocktail menu is excellent, and the prices are reasonable. It may not be the BEST restaurant of 2013, but it is certainly the one I patronized most often.

Kaitlin Steinberg, restaurant critic at Houston Press: The top and my favorite would probably be two different things, because all Houston restaurants were new to me in 2013. But I love me some Sandy Witch.

Katherine Whaley, KHOU anchor & reporter: Liberty Kitchen & Oysterette – it's debut was flawless. The interior is fresh and modern, and the menu is creative enough to be deemed edgy, yet familiar enough to please less adventurous diners. Oysterette found that sweet-spot price point, even in the middle of River Oaks!

Jodie Eisenhardt, freelance writer: For me it would be a tie between Nara and Osteria Mazzantini. Very exciting cuisine at both!