Experts Weigh In on the Year's Best Dining Neighborhoods

Share All sharing options for: Experts Weigh In on the Year's Best Dining Neighborhoods 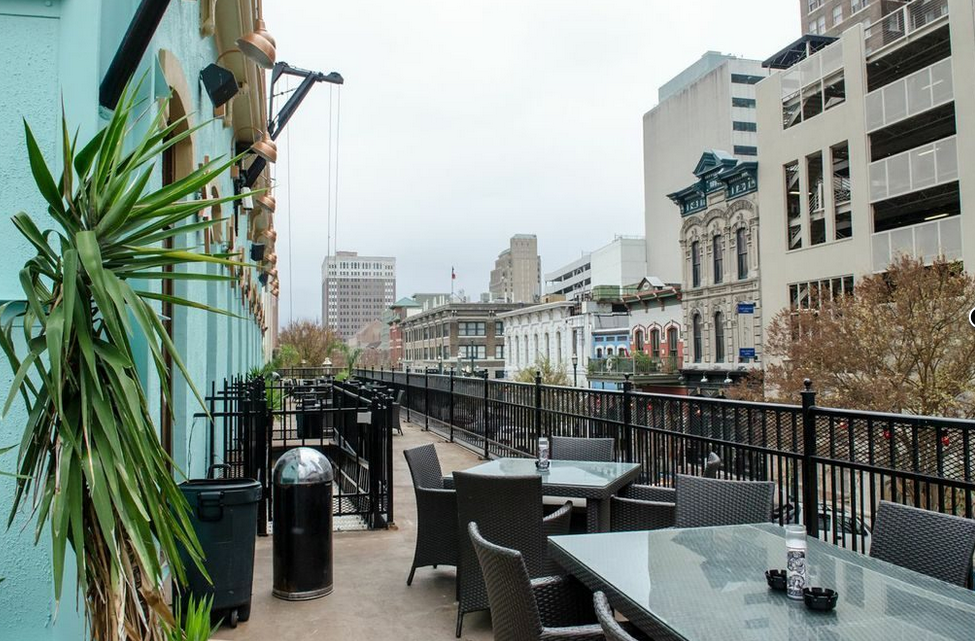 Q: What was the best dining neighborhood of 2013?

Alison Cook, restaurant critic at the Houston Chronicle: As weird as this sounds, it turned out to be the new BBVA Compass complex near the Galleria.

Greg Morago, food editor at the Houston Chronicle: It may not be the best dining neighborhood but it's my favorite is downtown. As a downtowner, I'm excited my neighborhood is the city's new hotspot.

Teresa Byrne-Dodge, editor & publisher at My Table Magazine: In 2012 it was Montrose without question. But the Galleria area came on strong in 2013 with Osteria Mazzantini, Caracol and, if you stretch the geographic definition a bit, Liberty Station & Oysterette and MF Sushi.

Kaitlin Steinberg, restaurant critic at Houston Press: Because I just moved here in 2013, and therefore just discovered it, I'm going to go with Chinatown. I never have a bad meal there, and dinner usually ends with reflexology.

Chris Frankel, food enthusiast and bar manager at RDG + Bar Annie: Outside Loop 610. I'm being intentionally overbroad with that one. People here have long been discovering Bellaire Chinatown and Hillcroft's Mahatma Gandhi District, but I don't think they realize how strongly the food there compares to that of other major cities. Bellaire can compete with any Chinatown in the U.S. short of L.A.'s San Gabriel Valley. I'd argue Hillcroft has a better Indian and Pakistani restaurant scene than Chicago's famous Devon Ave, and anywhere else in the country, and would be my answer with regards to a specific neighborhood.

Beyond that, you have taquerias and Korean restaurants in Spring Branch, South American restaurants at the Richmond and Beltway 8 area and in Katy, specialized regional Indian restaurants in Stafford/Sugar Land/Missouri City (suburbs which are all becoming impressively diverse restaurant-wise), the Nigerian restaurants around Bissonnet and Beltway 8, and the scattered pupuserias and Central American restaurants, both on the southwest 59 and 610 corridor and along Veterans Memorial. Obviously Houston has a bunch of great restaurants inside Loop 610, but they get the lion's share of the attention. To see the diverse array of international restaurants that makes Houston's food scene so uniquely exciting, you have to ignore much of the buzz, do some research, and spend some time outside 610. If you need any recommendations for starting points, I'm always happy to help. 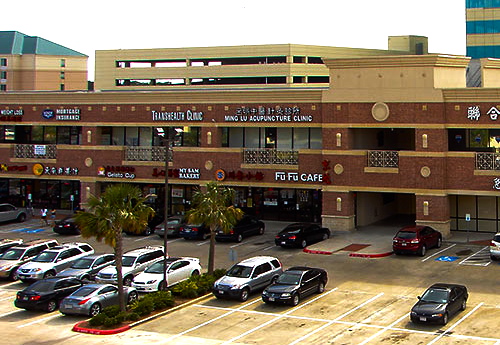 Dun Huang Plaza [Photo: Swamplot ]
Misha Govshteyn, food enthusiast: Best? Chinatown. It's difficult to beat the energy level and daunting variety of Bellaire Boulevard. It's one of the first places I take out of town guests to show them what makes Houston great. Only neighborhoods that seems to matter in the food world? Montrose, Heights and Downtown. I am constantly baffled why restaurants seem to cluster in a few small areas over all others. It's a big city with lots of people to feed.

Robb Walsh, food editor at Houstonia: Lower Westheimer, but I'm prejudiced (because I am a partner in El Real).

Dutch Small, freelance writer at PaperCity: Although there were fantastic things happening all over the city and Montrose is my mainstay, in my opinion, Bellaire Blvd is one of the city's culinary gems and I think in 2014 its value will be recognized beyond our borders and get a lot more national attention.

Phaedra Cook, My Table Magazine contributor: With the successful openings of Osteria Mazzatini and Caracol, and the addition of Chris Frankel to RDG + Bar Annie, I think The Galleria has re-emerged as an exciting part of Houston's dining scene.

Shanna Jones & Felice Simmons Sloan, bloggers at Urban Swank: Most definitely downtown. With all the new bars and restaurants, it became the one stop shop for adults this year.

Katherine Whaley, KHOU anchor & reporter: The Galleria – It's a flashy scene, but it lives up to the buzz. Osteria Mazantini, Caracol (still need to check this one out!), and the reopening of the Palm gave the area a big dining make-over.

Brooke Viggiano, contributor at Houston Press: Downtown's superblock wins 2013 for me. There are dining options in nearly any price range and you have the ability to bar hop around what is probably the best late night scene after dinner.