Experts Remember Their Single Best Meals of the Year

Share All sharing options for: Experts Remember Their Single Best Meals of the Year 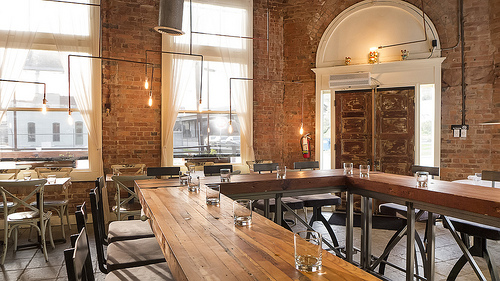 Greg Morago, food editor at the Houston Chronicle: Donald Chang fed me an epic, multi-course tasting of Nara before it opened. I was completely unprepared for the brilliance and I left his kitchen practically swooning.

Katharine Shilcutt, features editor at Houstonia Magazine: That's a tough one. I can narrow it down to a handful: the tacos that L.J. Wiley is serving from his new food truck, Taco Nuts; the consistently perfect foie gras at Charivari; sweetbreads and a bottle of Malbec at Tinto Grill; buttermilk waffles with Plugra and berries at Barnaby's; pho shrimp and grits at Down House; Korean oxtails and rice noodles at Nara; dan dan noodles and milkfish soup at Formosa Bistro; and every meal at Bismillah Cafe (especially with a salt lassi to cool the burn).

Teresa Byrne-Dodge, editor & publisher at My Table Magazine: I don't know. I don't obsessively notate and photograph my meals. I'm more of an impressionist. We spent Christmas 2012 with my in-laws in the South of France and ate exceedingly well for a week: foie gras, truffles, oysters, local wine, sausages, cheese and bread. It seemed like one long enchanted seven-day meal.

Mai Pham, Forbes Travel Guide correspondent and freelance writer: My single best meal in Houston this year was a truffle wine dinner by Chef Jose Hernandez while he was at La Balance Cuisine in Katy. The execution was phenomenal; just one wow after another.

Robb Walsh, food editor at Houstonia: Lunch at Etoile with my wife.

Taylor Byrne-Dodge, executive associate publisher at My Table Magazine: The final fried chicken dinner with chef Mark Holley at Brennan's. My family has enjoyed that dinner on more than one occasion, but it was the final dinner that we enjoyed most. I can't wait for his Gulf seafood restaurant to open.

Dutch Small, freelance writer at PaperCity: It was one of the meals in the Uchi + Blaffer Art Museum collaboration, Feast: A Dinner Series. Chef Philip Speer worked with visual artists to capture their artistic vision in the form of the food that was served - it was a powerful concept and series. My favorite meal was at the home of Mike Loya and the artist was Lynne McCabe. It was based on a musical composition entitled Vexations. The chefs, in keeping with the theme of the art, served a series of courses with the same ingredients prepared different ways. It was an exciting demonstration of their skill, a highly interactive experience, and something that will be hard for me to top. It may end up being the single best meal of my life.

Syd Kearney, reporter at the Houston Chronicle: Lunch with Houston's pitmasters in a run-up to the first Houston BBQ Festival.

Kaitlin Steinberg, restaurant critic at Houston Press: I was fortunate enough to go to one of Tony Vallone's regional Italian cooking meals. I attended the Naples dinner at Ciao Bello, and it blew my mind. There was a seafood and pesto soufflé on the menu that still makes me drool just thinking about it. 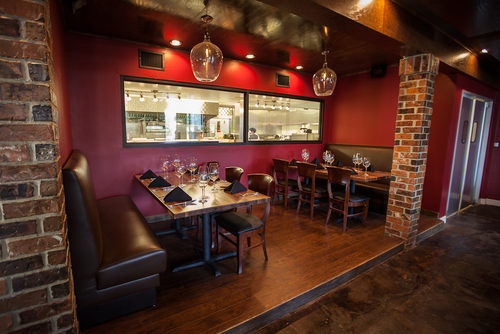 Farrah Akhtar, marketing director at Yelp: There were many, and good thing I have most documented in my Yelp reviews! But as far as new openings, I pretty much make weekly visits to Eleven XI and Liberty Kitchen & Oysterette (off San Felipe) for their wide selection of oysters and bubbly. ...Sometimes twice in one week. I can't get enough of those fresh, buttery bivalves. The green curry at Ambrosia also had me returning multiple times for curry nite, and paired with their white coconut sangria, it's a perfect balance of hot and cold, savory and sweet. ...And the fried chicken from Lucille's. Both Ambrosia and Lucille's are just a little over a year old, but I didn't check them out til this year.

Eric Sandler, former Eater Houston editor & current CultureMap staff writer: So hard to pick, but probably my dinner at The Pass with Lock and Amanda in April. The courses were delightful, inventive and, most importantly, tasty. And getting to show off the best of Houston to two people I really admire was special.

Phaedra Cook, My Table Magazine contributor: My 20th wedding anniversary meal at The Pass. Those guys do it right every time.

Shanna Jones & Felice Simmons Sloan, bloggers at Urban Swank: Our visit to Killen's Steakhouse hands down! The Dry Aged Kobe Long Bone-In Ribeye was the cake, the fabulous sides were the icing, and the drinks were the cherries on top.

Katherine Whaley, KHOU anchor & reporter: Oktoberfest feast at King's Biergarten in Pearland! Jagerschnitzel, Spaetzel, and beer… the best German food made by Austrians in Texas! The company, the hospitality, and the food… all outstanding.

Jodie Eisenhardt, freelance writer: From Nara – from the jelly fish salad to the incredibly textured soup dumplings with housemade kimchi, Oxtail rice cakes and crispy pork belly bibimap. Heaven. Chef Donald Chang is so great and I love that his Mom is in the kitchen, making the kimchi and making sure everything is legit.

Carla Soriano, freelance writer at Houston Press: My best Houston meal of 2013 was the New Belgium Lips of Faith Beer Pairing Dinner at the Flying Saucer, a collaboration between Josh Justice and Amanda McGraw. I love most beer pairing dinners but this one was just beyond perfect. Even after weeks had passed, I found myself craving Amanda's vietnamese wings paired with a Coconut Curry Hef, as well as a crab and Texas grapefruit salad with celery and fennel alongside a Paardebloem. Making it even more desirable is the fact that it was a one time thing. You always want what you can have, you know?