Baking Maven Rebecca Masson is Raising Funds for a Shop

Share All sharing options for: Baking Maven Rebecca Masson is Raising Funds for a Shop

On the day Rebecca Masson spoke to me, she was working on a weekend fundraiser, obsessively checking her Kickstarter app to see what new donations had come in to make her brick-and-mortar Fluff Bake Bar happen, and, oh, yeah, actually baking her signature sweets for an array of clients. It would be enough to make anyone a little crazy. But the affable Masson takes it in stride.

She's got 12 days left to make her Kickstarter goal of $50,000. Right now, she's received just over $11,000. The goal amount would allow her to move out of the space she's using at Kraftsman and open her own spot in Midtown. Under Kickstarter's "use it or lose it" scenario, she's earned the right to be obsessive on that score. "I never should've downloaded the app," she laughs. "Because I'm constantly looking to see, has it changed? Who donated? Where are we?" She shakes her head. "But I am just in awe of the generosity. You know, I figured my mom and my friends would buy my cookies and donate to this. But to see complete strangers do it, because they want to help me grow. That's amazing."

Many Houston food lovers agree that Masson's baked goods are amazing, too. She's got a selection of macaroons, Fluffernutters, moon pies, cakes and lemon bars that she sells to spots like Revival Market and Inversion Coffee House, as well as being on the menu at Max's Wine Dive. Over the last three years, she's grown her business to such an extent that the two storage racks and one eight-foot table in the back of Kraftsman's enormous bakery just aren't cutting it anymore.

"When I first started doing this, it was a dozen cookies here, some cupcakes there," she reflects. "I actually had dreams that Revival was taking my stuff and storing it in their fridge and they were only paying me because they liked me and didn't want to tell me no one was buying things. I'd wake up in the middle of the night going, I suck!" 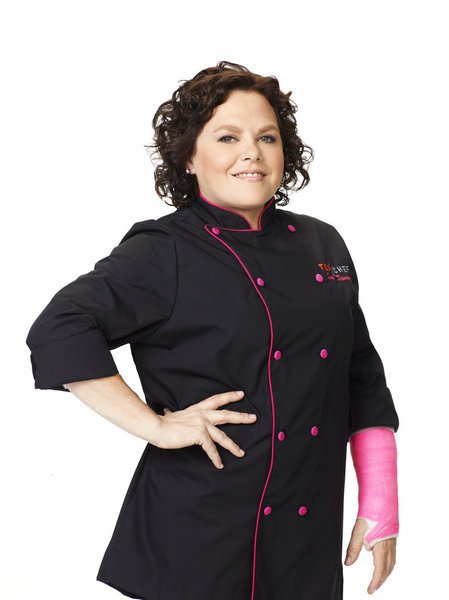 But the sweet-eating public is proving her own self-doubts wrong. She's now making 300 Fluffernutters a week to offer for sale at the outlets who carry her goods, and she's discovered that being a baker is really who she is – and very much what she loves. The Top Chef: Just Desserts competitor was classically trained at Le Cordon Bleu in Paris, and she marries those French techniques with a fun and fresh American twist, hence things like her candy cane macaroons for the holidays or the Veruca salt cupcakes. She knows that she's worked hard for her success, and she's personable and perky, ready to share credit with those who have helped her along the way. In this upcoming shop, Masson hopes to sell beer and wine along with her baked goods, a sort of bar-meets-bakery store.

"My assistant, we call her the Ninja. And I couldn't do what I do without her. Besides being just a beast in the kitchen, she really reels me in because I'm very much a 'look…something shiny' person. She helps keep me on track."

Staying on track these days for the busy baker is proving to be both challenging and rewarding. She's excited for the opportunity to make her bakery – which will also offer craft beers in addition to her confections – into reality and she is joyful over being able to do what she does in Houston.

"I started doing this out of my house in 2010," she says. "And now I'm working on my own storefront. This has been so incredible for me."

She hurries over to meet with someone about Saturday's benefit for My Dee Dee's Pie Shoppe. Along the way, she checks her phone app one more time, and gives me a smile as I head out the door.
—Holly Beretto
· Fluff Bake Bar [Official Site]
· Fluff Bake Bar's Kickstarter Page [Kickstarter]