Those who are already familiar with OKRA Charity Saloon will know that the bar is the first establishment to donate all of its proceeds to a different local charity each month. A drink at the downtown bar comes with a ticket that patrons use to vote for the charity they believe should be that month's recipient. Well, to celebrate the end of the year and the charities that didn't win over the last 11 months, OKRA is giving all of those runner-up organizations a second shot at winning a check.

Every week in December, instead of tickets, bartenders will hand out bracket sheets listing the charities that are in the running for a second chance. Customers will circle who they think should move on to the next round. The list will narrow down to 16 organizations, eight in the second week and four in the third week. The last charity standing at the month's end will receive January's proceeds. We'll keep you updated weekly with the latest bracket sheet. It's now the second week of the tournament, here's who's still in the running: 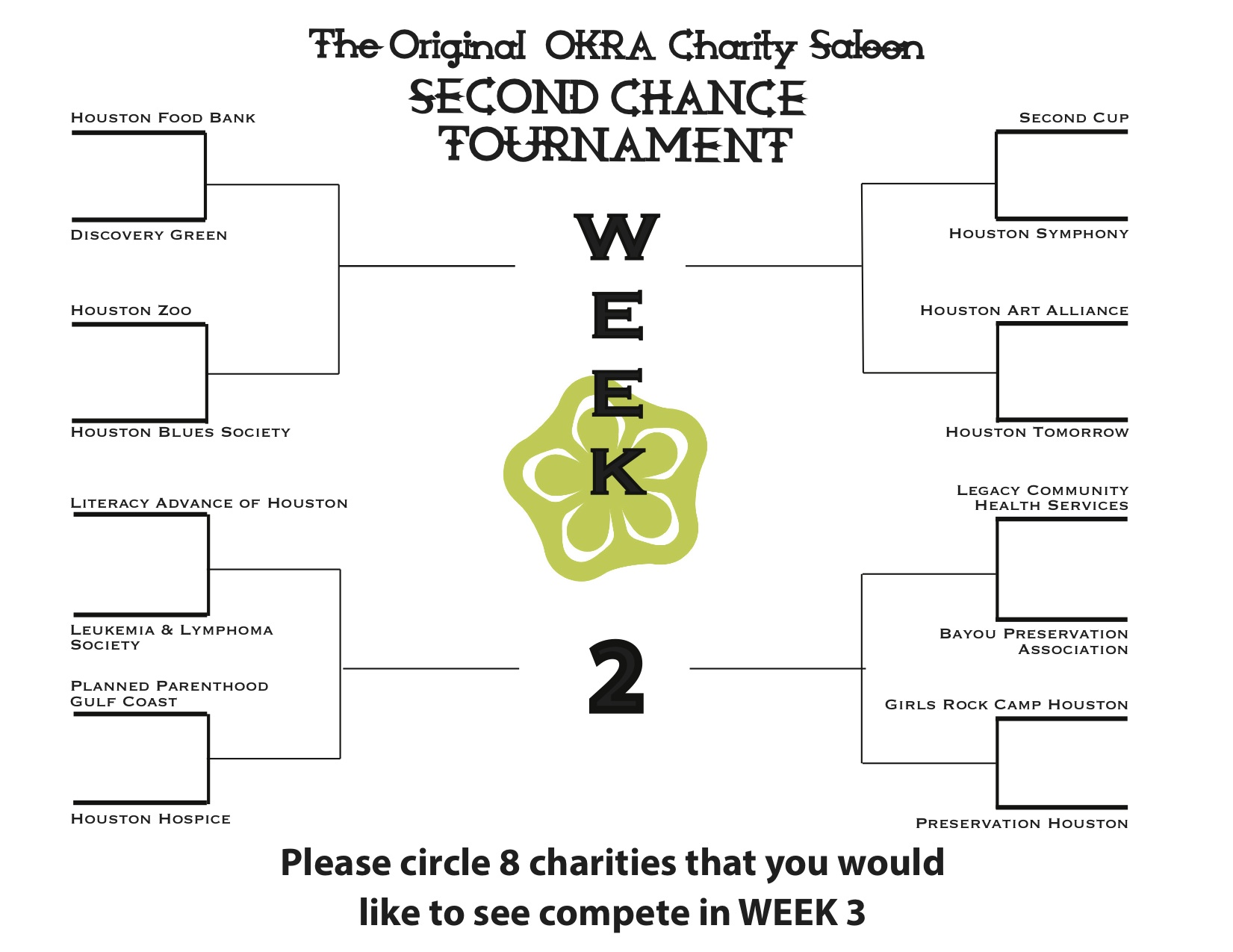