According to wine director Robert Smith, Pappas Bros. Steakhouse ran out of wine on its first night of service. Co-owner Harris Pappas vowed never to let that happen again. That meant expanding storage capacity from the small wine room the restaurant opened with to a larger space within the restaurant that holds approximately 40,000 bottles of wine. With the expanded storage, Pappas Bros. began to earn its reputation for having Houston's biggest and best selection.

In keeping with the spirit of Whale Week, this conversation focuses on big bottles for big spenders, but Pappas Bros offers diners many wines that don't cost more than a mortgage payment. Back in November, Eater National named the restaurant one of the country's 22 Best Value Wine Lists and noted lots of wines in the sweet spot range of $150.

How many bottles did you buy this week? We probably had 30 cases come in, so 360.

What would you say are the list's greatest strengths? I think the Bordeaux It's hard to make it just one region, but I bet the Bordeaux and the Burgundy and the California Cabernet is the backbone of the wine list. We're building the Rhone section bigger and bigger, because we feel like Rhone wines are fantastic with what we serve here. Frankly, they don't get enough credit.

What happens when somebody orders a bottle of wine that cost $3,000 to $5,000? It's always different. Sometimes it's someone we know that's been here before. We just bring the wine out. If it's a large item, we may ask for the credit card. I will say that's a very rare occasion. A lot of times they will hand us their credit card when they start ordering. Most of the time that's what happens.

Do people call in advance to reserve a specific bottle? They do. A lot of our regular guests will call ahead and ask for wine to be decanted. We've had people that we don't know call in. They know about out restaurant. They're traveling in from New York, for example.

It's common practice they'll give us a credit card without our evening asking. You have to do that. You can't take orders over the phone to have something prepared and not know if they're going to show up or not.

The guests that we know quite well it's not necessary. It's always offered usually. It's a very rare occasion that we have to ask for it. That's how it's done at most restaurants.

What do they eat with these wines? A lot of the time they eat off our menu: our steaks, New York strips, rib-eyes. We occasionally do some types of Kobe beef, domestic strains such as Akahushi. Those steaks are around $100. It's less the case than usual. They usually order their favorite. The wine is the big part of the ticket. 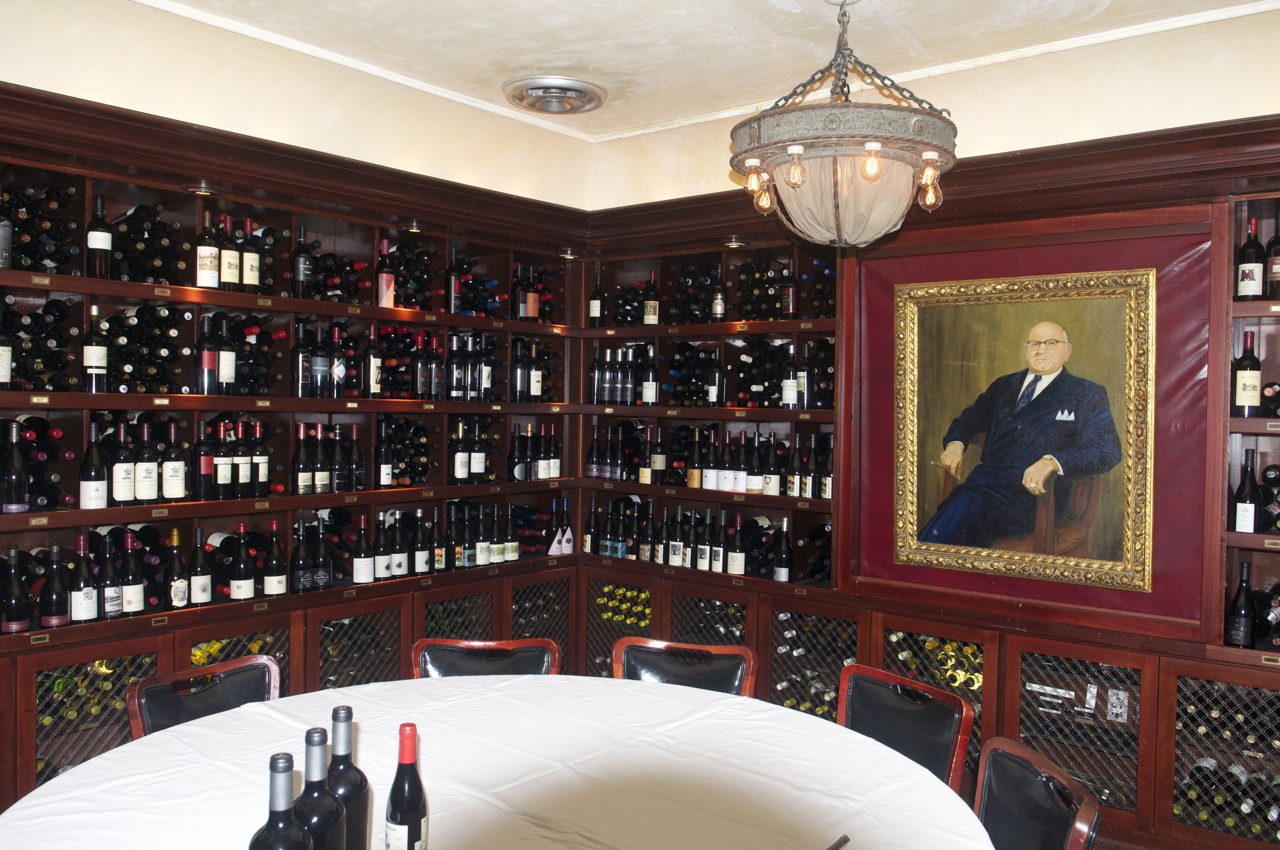 Inside the wine room [-EHOU-]

How many regular customers would you say come here and order the really expensive wines? Right now I can think of 10, easily. How often are they here? Once a week, some every couple of weeks. They're that type of diners. They have good palates for wine. They know what they like. Sometimes they go for a big bottle. Sometimes they go for something that's very nice but not $5,000.

A pedestrian $500 wine. Not that's the pedestrian, but, yeah, a $300 to $500 bottle. Sometimes they want something really special and order a $4,000 bottle of Bordeaux that they've been thinking about drinking for an occasion or celebration or something like that.

What should a typical diner come here and expect to spend? Our average is in the $80 to $110 range. We see a lot of movement between $60 and $125. That's the hot spot on the list in terms of pricing. That's our bread and butter.

What should people know when they come here? One, have something they like. That's the most important thing. That's what we're here for. We like to talk to them and find out something they've had before. Every wine drinker is on a different part of the wine journey. We have some people that are just starting out. Some people that only drink white but want to try red for the first time. There's a lot of different situations.

We try to find out where their palate is and what their preference is. We make recommendations based on that to find something for them that they're going to enjoy with dinner. That's the most important thing for us. 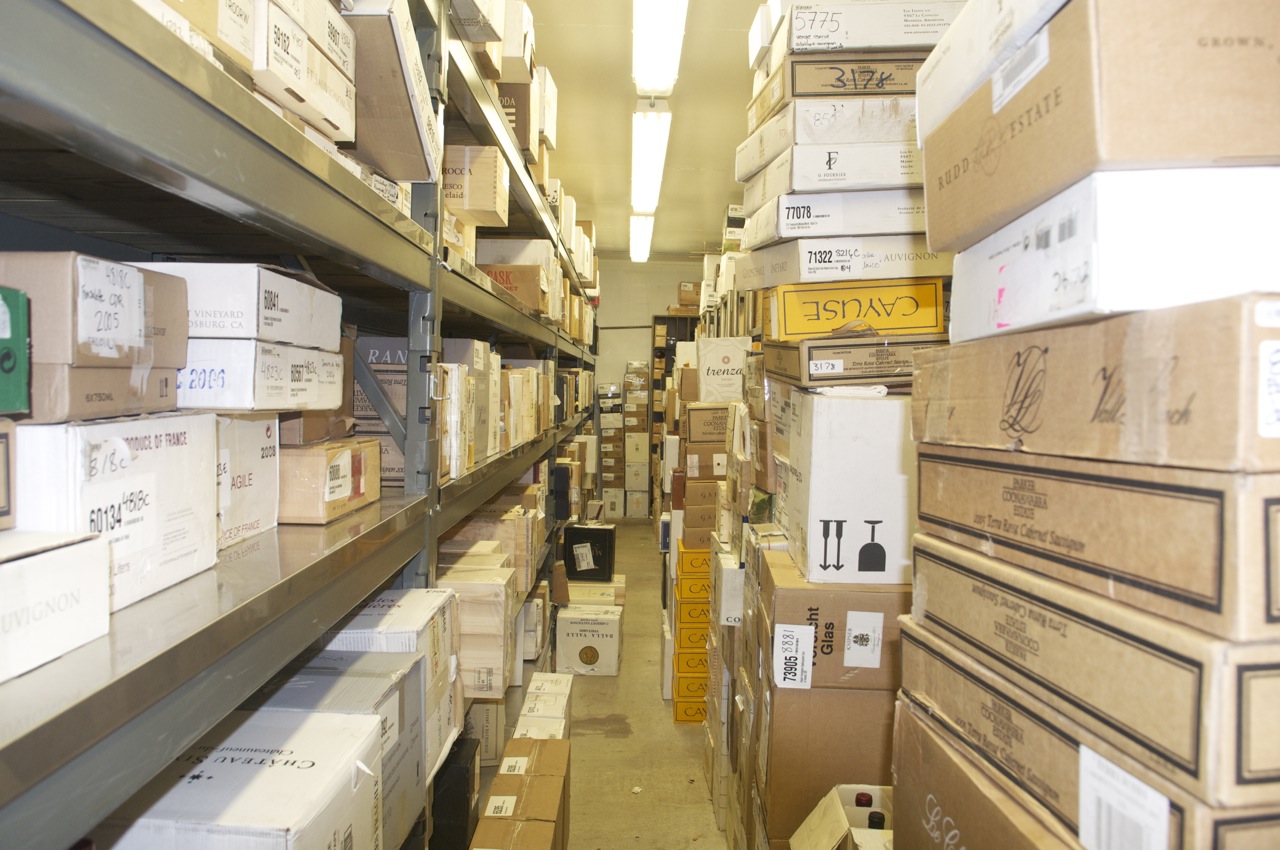 Sort of, I have $1,000 to spend on three bottles. What's the best way to do that? Right, exactly. That works out great. When we know exactly what it is a guest wants, we can go right to a lot of selections that we think would be appropriate based on what they're telling us. Really give them a good experience. They're happy and had a great time. Then they come back to see us.

It's important to us. We want people to talk to us. We're here to facilitate. That's it. It's a lot of fun bringing great wines out to the table and seeing people have a great night.

Have you thought about moving to an iPad? Yes, we have thought about it. We haven't really found a platform that we want to work with quite yet. It's been in conversation for four years or so. There's nothing that's won us over yet as far as user interface. It would make my job a little easier. You know, managing a paper list is a big challenge.

Do people find it intimidating? Some do. That's when we like to make ourselves available; that we can help them find whatever they need. Just let us know.