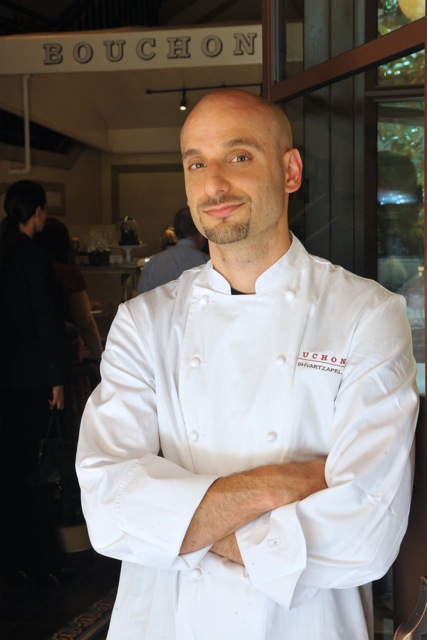 In an interview yesterday, Roy Shvartzapel explained his plan to take the experiences he has garnered at restaurants such as elBulli, Bouchon and Pierre Herme to bring Houston its first truly world-class cafe. He describes it as an "avant garde and modern approach to the cafe experience which encompasses the savory, the bread, the pastry and the gelato all executed and conceived at the highest levels." The still unnamed shop will be located in the building currently being built at the corner of Dunlavy and Westheimer in the heart of Montrose; needless to say, the concerns that it would be used for a Dunkin Donuts can be put firmly to rest.

Shvartzapel says, "I've spent the past 12 years traveling the globe, making it a point to work with the best, most accomplished, creative chefs in the world." Judging by his resume, that's a goal he's achieved. After Shvartzapel graduated from the University of Houston and the Culinary Institute of America in New York, he helped launched Bouley Bakery. After a year there, he moved to Paris and worked with Pierre Herme, who he refers to as "the Michael Jordon of the pastry world."

He spent 2006 at elBulli, which many chefs and critics considered to be the best restaurant in the world. From there, he moved to Italy and learned to make panettone from Iginio Massario, the "Godfather of traditional panettone." After a year or so in New York, Shvartzapel spent three-and-a-half years as the pastry chef at Cyrus, a Michelin two star restaurant in the California wine country. During that time, he mentored Matt Marcus of the Eatsie Boys and worked with Grant Gordon, the chef who helped revitalize Tony's. Finally, he achieved his goal of working for Thomas Keller when he helped open Bouchon Bakery's Beverley Hills location in 2011. 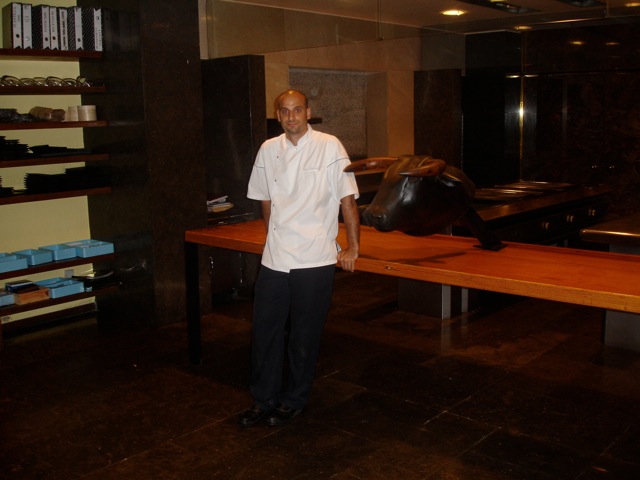 Although Shvartzapel hasn't lived in Houston in over ten years, he's noticed the way the city's dining scene has changed. "I was shocked, but very pleasantly surprised, to see that chef-owned restaurants are beginning to thrive and flourish. We have restaurants like Oxheart and Triniti, but there is one area of dining that remains untouched .... It's a shame that the fourth largest city in the United States doesn't have anyplace that's not a bar or restaurant to go to at 10:00 p.m. or even 11:00 p.m. after a movie to have tea or coffee and a pastry."

With the assistance of his business partner Brad Sanders, Shvartzapel intends to change that. When it opens later this year, the restaurant will feature pastry, fresh bread and gelato. There will also be a savory component with sandwiches that should, at the very least, give Local Foods a run for its money. He describes the setup as an "open kitchen that's completely transparent to the guest" and says fresh bread will be coming out of the ovens "every 30 to 45 minutes."

Although Shvartzapel isn't quite ready to reveal the other chefs he's signed on for the rest of his team, he says that all have backgrounds similar to his and share his excitement about Houston's restaurant scene.

As for the location, Shvartzapel says he used to sit on the patio at Brazil, look across the street and think "if I won the lottery, I'd tear down that building and take that space. That's exactly what happened." The goal, he says, is "not about wanting to be the best pastry offering in Houston. My intent is to be the best in America ?. If we picked the place up and put it in Manhattan, it would be the best there, too."

Expect to read much more about this project as it develops.