David Coffman OUT at Goro & Gun

Share All sharing options for: David Coffman OUT at Goro & Gun 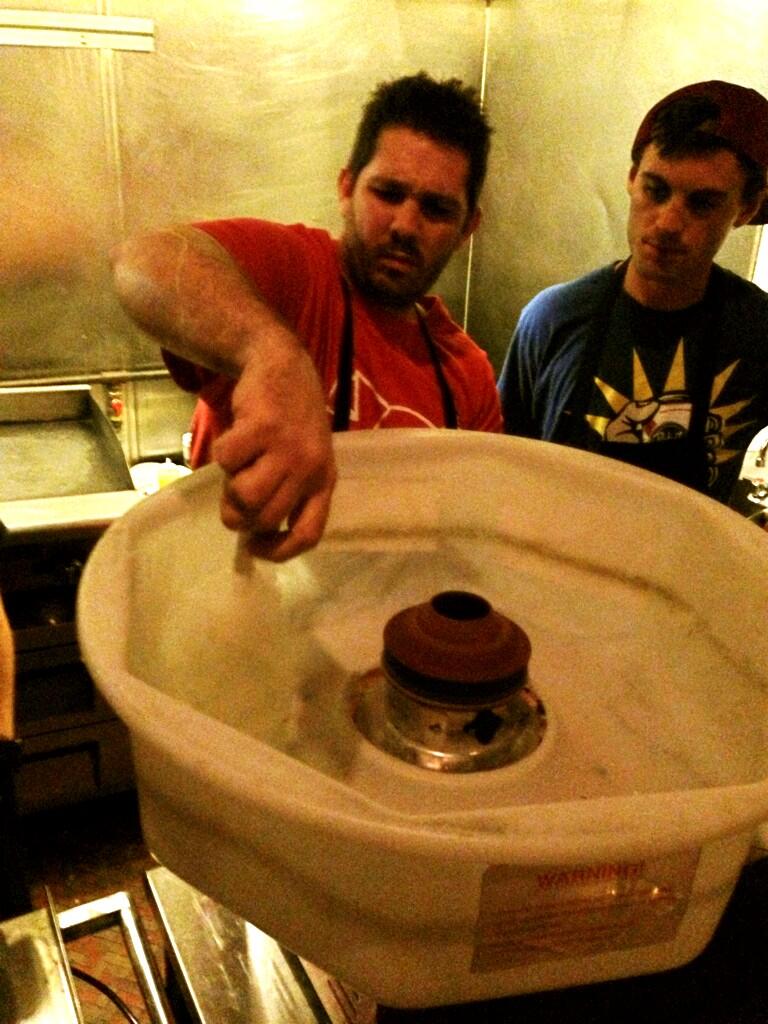 Acting on a report from a tipster, Eater has learned that chef David Coffman has left downtown ramen and wing shop Goro & Gun. Coffman, whose prior posts include sushi restaurant Katsuya, tells Eater that the split is amicable. "I got the restaurant open for those guys and decided to step out," he says. Coffman explains that he prefers to start restaurants than sustain them. He explains further that "I enjoy opening restaurants and building systems." Coffman hinted that he's already pondering his next project and that details would emerge soon.

Somewhat surprisingly, Goro & Gun's usually garrulous co-owner Joshua Martinez declined to comment on Coffman's departure. He did say that the restaurant is already looking for Coffman's replacement and that, in the meantime, diners can expect to find him in the kitchen, as they did when Martinez owned The Modular food truck. Whether that means The Modular's signature dishes such as the roasted bone marrow or lobster risotto are going to make an appearance remains to be seen, but Martinez promises he's going to have some fun.

Turning to a little idle speculation, expect whoever replaces Coffman to have a serious passion for ramen. The dish that was supposed to be Goro & Gun's signature still hasn't found its footing after two months; Yelpers line up to outdo themselves over who can call it terrible in the most creative way possible. It's a similar flame war every time the restaurant comes up on Facebook group Ramen In Common. With Austin's Ramen Tatsu-ya likely on the way to Houston, the time is right freaking now for Goro & Gun to right the ship and establish itself as Houston's premier ramen destination.