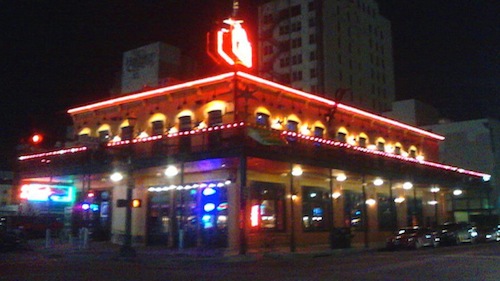 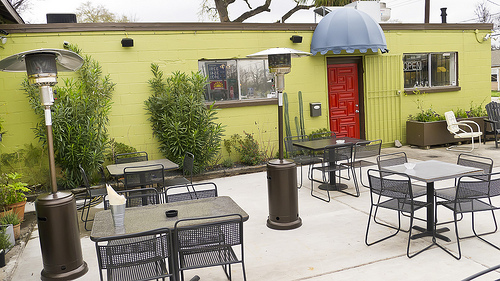 On Friday night, El Gran Malo owner Steve Sharma told Eater that he has signed a lease to bring a second location of his infused tequila and taco concept to the former Cabo/Pepper Jack's location near downtown Houston's Market Square. Although the deal is too new for Sharma to have an exact estimate on time, the space only needs minor decor changes to become El Gran Malo, and Sharma is confident that he will be open relatively quickly.

For Sharma, the opportunity to bring El Gran Malo to the space that housed former hot spot Cabo for so long was too good to pass up. Once he heard that Pepper Jack's had closed he moved quickly to secure the space. When Sharma first moved to Houston eight years ago, he regularly spent time at Cabo and is looking forward to bringing a proper happy hour back to downtown. Sharma noted that a sign that both rotates and has neon is a rarity, and he looks forward to utilizing it to help El Gran Malo stand out.

As part of El Gran Malo's One Year In interview, Sharma addressed the issue of a second location as follows:

If we do another thing like El Gran Malo, it will be differnet. We'd probably go bigger, just because people seem to like us. They like our food and drinks. It makes sense to be a little larger.

Towards that end, the new spot is 10,000 square feet (the original is about 2,000) and will have an expanded food menu that will include fajitas. In addition, the downtown location will serve lunch.

With this announcement, it marks three verified projects underway (along with Fusion Taco and the Clumsy Butcher tequila bar) and two more projects that CultureMap reported are rumored for 304 Main and 300 Main. They join the five, new, independently owned, bars and restaurants that have opened since Christmas: the Original OKRA Charity Saloon, Clutch City Squire, Goro & Gun, Captain Foxheart's Bad News Bar and Spirit Lodge and Batanga. Downtown Houston, which had been dormant for so long, isn't just back; it's the city's hottest destination.