Share All sharing options for: Underbelly's Ryan Lachaine is an Eater Young Gun 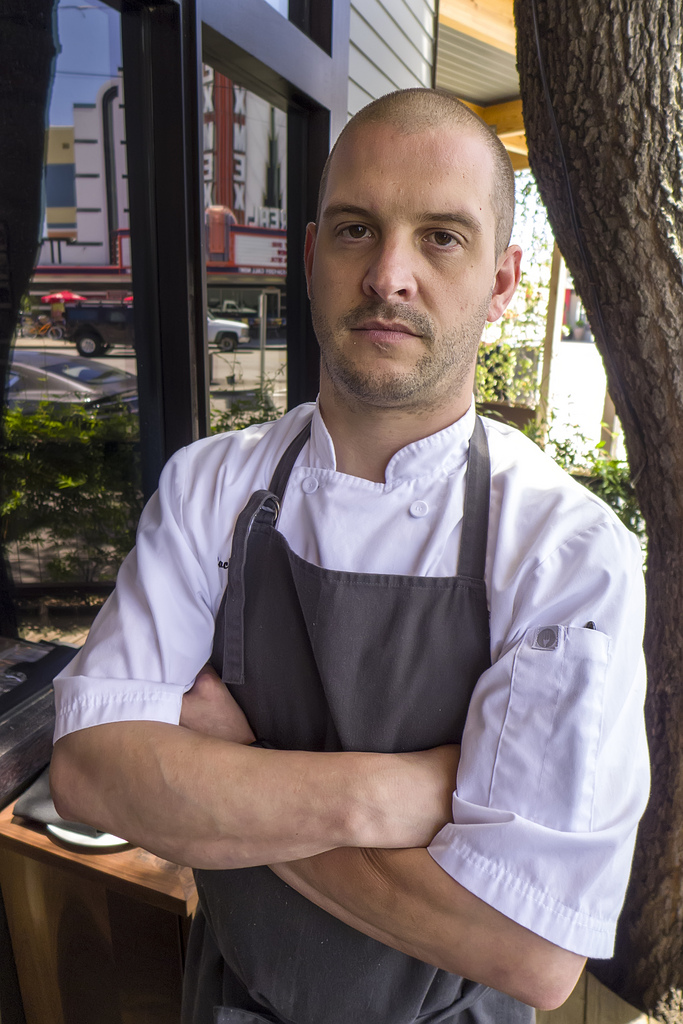 After months of reviewing the thousands of nominations submitted by Eater editors, chefs, industry insiders and diners, Eater has named Underbelly sous chef Ryan Lachaine as one of the 15 members of the 2013 class of Eater Young Guns. Eater Young Guns aims to identify the most promising up-and-coming talent in the restaurant industry, whether they're working as chefs or line cooks, wine and cocktail pros, restaurateurs, or maître d's. These are the junior statesmen of the culinary world who have most distinguished themselves this year, and who are its next stars.

Reef chef/owner Bryan Caswell explains what makes Lachaine so deserving: "He comes from Canada, he's an ex-hockey player so he has that hockey grit. Just a really fun guy, great guy to work with. Hard working that kid. Like old school hard working. They're hard to find nowadays...He's actually better than anyone I've ever had. I wish I had him back. He's now at Chris [Shepherd]'s place, and if you ask Chris I guarantee he would call him his right hand man... I know a lot of folks in town and Ryan is the only choice as far as I'm concerned."

Head over to National for the full list of winners>>