The First Year at Salé-Sucré: Crepes and Challenges

Share All sharing options for: The First Year at Salé-Sucré: Crepes and Challenges

This is One Year In, in which Eater Houston interviews chefs and owners on the occasion of their restaurant's first anniversary. Today, we speak with Béline Harel about Salé-Sucré, the French restaurant she owns with her husband/chef Philippe. 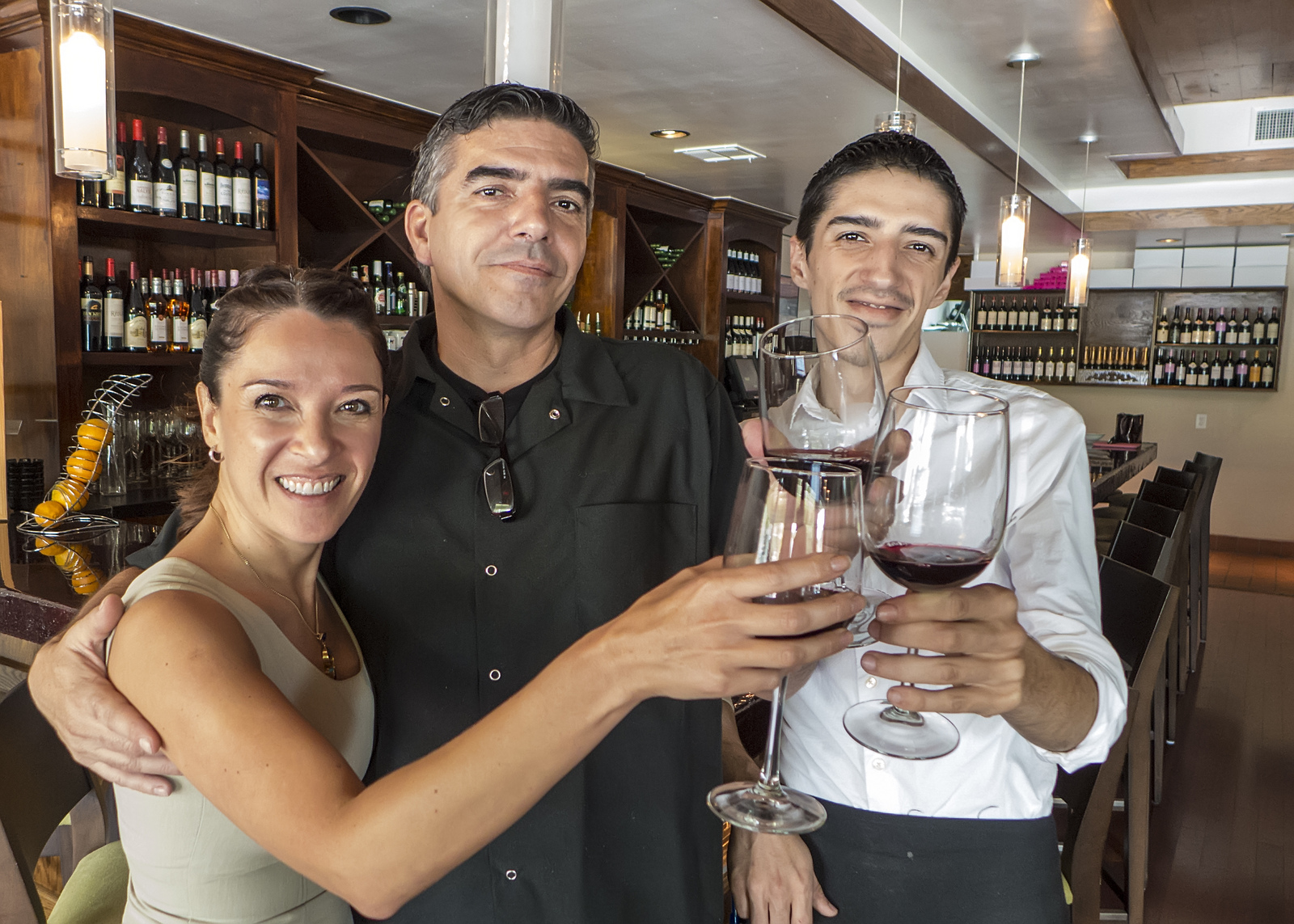 At only 14 years old, chef Philippe Harel decided to devote his life to cooking. After graduating from the Gaston Lenôtre School, he spent time as the pastry chef at an exclusive restaurant in Versailles, thereby becoming the youngest pastry chef for a top restaurant in France. He eventually made his way to Houston, where he opened Salé-Sucré with his wife Béline. Chronicle critic Alison Cook awarded the "useful neighborhood joint" one star based primarily on the quality of the desserts.

Owing to Philippe's concerns over his English, this conversation is with Béline. In it, she touches on the struggle to find the right space for the restaurant, who likes to eat there and what their goals are for the second year.

Could you talk a little bit about why you decided to open this style of restaurant in this neighborhood?

We didn't know about the Heights. I came once and I was driving around here, a friend was living here, and I fell in love with the area. It was a pretty nice, pretty cool place, and so the broker found us this place. Also we wanted to give something not too fancy. Most of the French restaurants are very high standing, very fancy places, and we try to keep something casual chic because its still French but to stay on the atmosphere of the Heights. You know thinking about Montmartre in Paris, Saint-Michel, kind of this idea.

Did you always know you wanted a casual café or was that dictated by the neighborhood?

What was Philippe doing before you opened the restaurant?

He was doing some catering ... Philippe used to do valet parking. When we came to visit Houston he didn't know and then he say I want to live here, I don't want to be in DC anymore. Two weeks after we are back here. We have a friend who used to own a valet-parking staff, and he say okay I give you a job. And Philippe started to do some catering, to do some cakes for wedding, to do stuff like that. And we're looking for the places because it took a long time to find something.

How long did you look?

What made this place the right place?

Nothing, nothing. We step inside and I don't know if you knew what it was before here.

And then how long did it take you to build it?

Long story that. It took more than a year. Philippe did a lot of stuff by himself. The door, the bar, all the tables, all the glaze on the tables. We didn't know how to do that, we find out, and all the doors. He did what he can do, he didn't build because Philippe building something, no.

How long did it take people in the neighborhood to come try you out?

We were very surprised. The first night, we didn't know and we didn't expect. We were not prepared to have so many people the first night. They were watching for us already for a long time so even we open the day before, we just opened for the bar that seat, you know, we did nothing we just opened. I said lets do only the bar, happy hour, stuff like that, and Philippe make some cool stuff. People would step inside and when I say oh wow how did you even know oh we saw the light and we're looking are you open? No. When are you opening? Tomorrow. And the day after, even for the lunch we have people. For the dinner it was pretty full here, we didn't expect that at all.

Do you feel like you get a good crowd in here?

We can have better. Advertising. We don't want to be stuck on what we're doing.

She wrote that the desserts were better than the entrees

Did you make any changes after her review?

Everything is pretty good. But I think this was something good from her because she says she's not dessert person.

What are your most popular items?

You know what, we see pretty much everything. Okay, I will say the tornedos Rossini, the mussels, the escargot, the Camembert for two. (On the new menu), let's say the summer salad, people love it. The strawberry salad. I will say the steak tartar, the tuna, because that is new.

Who are your regulars? Are they people from the neighborhood, are they families with children?

What are your goals for your second year?

To be better, you know to bring stuff and also to have some because we start already to have some music bands coming maybe to add little more band. We're going to also have, for example, over there the cake of the day, its going to come in. I wish to put a little more champagne (on the wine list).

We're extending for the catering and wedding cakes. We have one booked already for next year.