1) Washington Corridor: Swamplot reports that Pink's Pizza will open its 4th Inner Loop location soon. A reader sends them an image of the TABC notice on the door of the old laundomat at 1009 Moy Street. 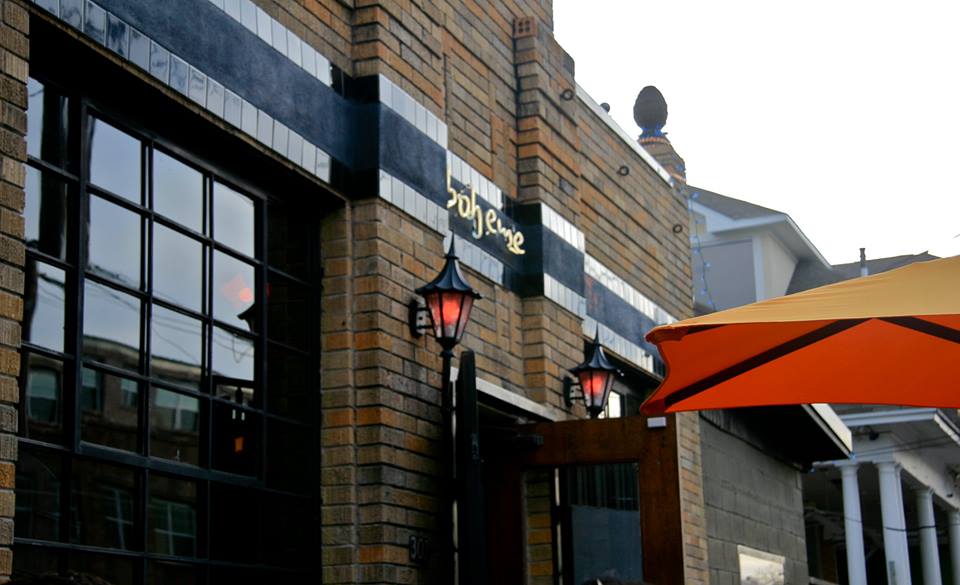 2) Food Trucks: Want to see a trend in reverse? The movement of food trucks becoming brick-and-mortar shops is going to receive the opposite treatment as Boheme, the popular Fairview wine bar known for its pizzas and Vietnamese fries, is about to launch a food truck. Spotted in its parking lot is the upcoming mobile eatery with "Boheme" scrawled along the side. A quick chat with the cook let's Eater in on a menu peek, which is scheduled to launch in a few weeks. The menu is going to be completely different from Boheme's offerings, and is going to offer upscale menu options, think fried Cornish hen.

3) Downtown: Tacos A Go-Go's Jeff Roeske talked to Eater about his upcoming coffee shop, Retrospect Coffee, at the corner of W. Alabama and La Branch. Roeske said they're still in the very beginning of the build-out phase, but they plan on having either crêpes or sandwiches along with well-sourced coffee. He said he's excited about that neighborhood, with its forthcoming biergarten and other retailers, they hope to have a plaza-style scene where diners can "go around to different [shops] and sit together in a little place." Roeske also hinted at a third location of Tacos A Go-Go that's currently in the works.
·All Other Posts on Expansions [-EHOU-]
·Tacos A Go-Go [Official Site]
·Boheme [Official Site]