Share All sharing options for: A Chat With Upcoming FM 903's Samantha Mendoza

Editor markup for Samantha Mendoza + Triniti. This is only visible in the story editor.

It's a little tough to hear Samantha Mendoza, since she's talking over the strangled gyrations of a mixer. "We're working on pastry for a party tonight," she laughs, stepping outside the kitchen, where it's audibly quieter. Mendoza is in charge of the dessert program at Triniti, where she's known for her incredible chocolates. This year, she's planning on operating the bakery side of Triniti owner Ryan Hildebrand's upcoming FM 903. (See an update on its progress here.) Currently, the new spot's opening date is set for fall. But in the meantime, Mendoza is doing what she calls a pop-up bakery twice a month at Triniti that serves as a preview for what's to come. "It usually works out to be the second and last Saturday of the month," she says. "And we do it as a half-and-half concept."

The bar at Triniti becomes her shop, half of it laden with baguettes and breads, even jams and jellies to top them. The other half is filled with cakes and pastries. "People are really excited by it," Mendoza says. "And we [she and Hildebrand] thought this would be a great way to generate excitement about the new space. By all accounts, it will be something Houston hasn't seen before. In addition to the bakery, FM 903 will offer a restaurant, and there will be a greenhouse where the team will grow their own citrus, vegetables and herbs, many of which Mendoza says will find their way into her breads and desserts. "I think people are going to love it," she says. "It'll be a chance for them to really see how that garden-to-table concept really works. And the bakery will be its own business, but will share the same building." 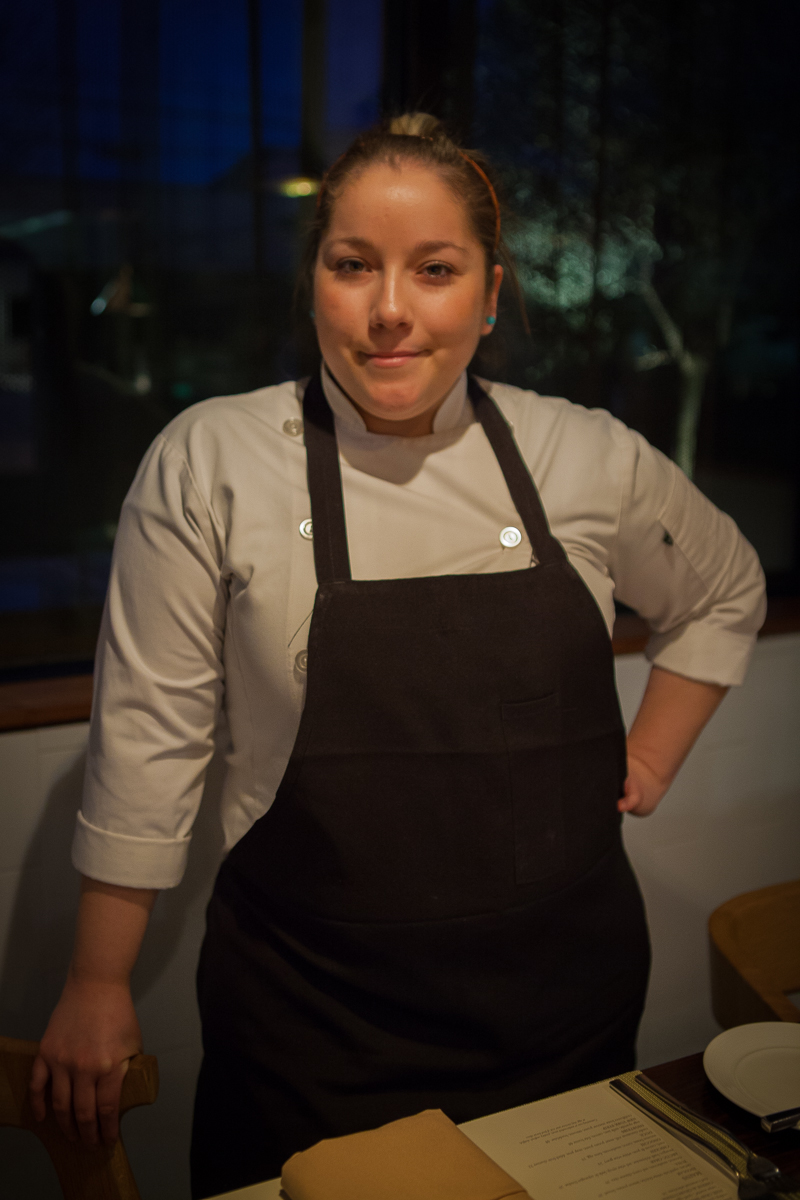 She admits to all the activity and planning sometimes being "stressful," but says she's excited about it as well. Mendoza originally wanted to be a cake baker when she started culinary school. But after a course in pastry, she found herself hooked on making the delicate confections and switched gears. She still does cakes, but she's turned her attention to breads, nougats, chocolates and other sweets. "And I really loved the rush you get working in the kitchen," she says enthusiastically. "There's so much going on. Plus, I love being able to create all these random things from nothing."

Mendoza loves playing with flavors and stresses that the pop-up bakery concept at Triniti allows her – and the diners – to road test different items. When we talk, she's working up a ham and portsalut brioche. "The cheese is similar to a brie," she says. "And it's all wrapped up in the brioche, similar to a kolache, and baked." So far, the experiments are proving a hit. The pop-up bakeries have been popular, and Mendoza says she's had a great time dreaming up new items to serve. "We've done mousse cakes, asiago breads, quiche – that's been a big hit."

In looking to the future, she's excited about the opportunity to expand what she's been doing at Triniti. (Both Triniti and FM 903 are owned by Brande Hospitality), and Mendoza sees a chance to be creative with both concepts. "We'll still provide all the desserts for Triniti," she explains, "as well as doing all the pastries for the bakery and 903. It's absolutely a dream come true for me."

Check back for updates on the upcoming restaurant, slated for a November opening.