For some reason, the closure of CHA Champagne & Wine Bar was somewhat of a polarizing shutter for locals. Some where happy to see the place close, including some Eater tipsters who denounced the manager's behavior, while several more responded with, "OMG I think I'm gonna cry!!!" Whatever your stance on the former wine bar, it's now officially been replaced by Pimlico Irish Pub, a new drinkery that opened just in time to celebrate St. Patrick's day. The space is similar, with mostly subtle cosmetic changes, and the beer taps aren't dominated by either Irish or local brews but a little mix of each alongside some macro-brews. Bud taps pour directly next to several Karbach handles, and the familiar Guinness signage is boldly on display inside and out. It looks very much like a Rice Village bar, but set directly at the intersection of River Oaks and Montrose, across from the Montrose Whole Foods. Its Facebook page will tell you it's an Irish pub that "stays true to the traditions and practices of the world renowned Irish public house atmosphere." If anything, it's definitely got dart boards and live bands playing traditional Irish music. Ever since its debut a few weeks ago, there seems to be a busy rotation of bands and some traditional Irish fare served right at the bar. 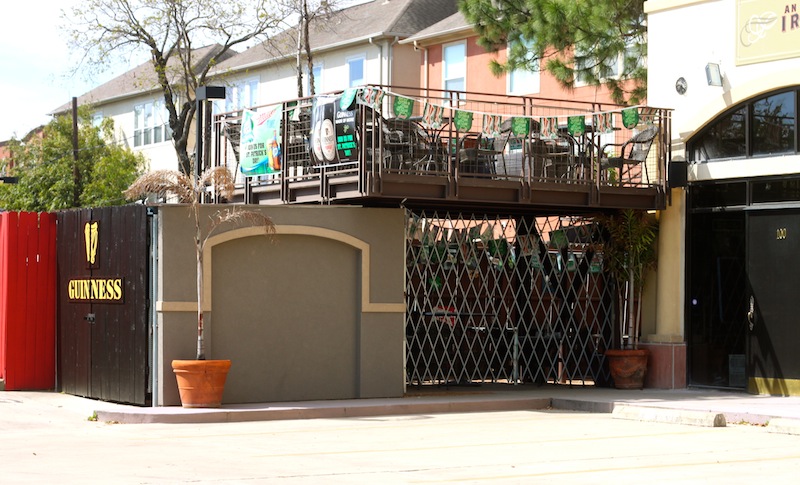