At the other end of the spectrum from dude-bro bars in Houston is a just-opened drinkery boasting an olive-nucleus atom for a logo. With a name that references 19th-century physicist Niels Bohr—a name that's also a nod to owner Neil Fernandez—Neil's Bahr is set to appeal to a very particular set of imbibers. "I've always wanted a geeky bar where people can watch The Simpsons or Star Wars on TV, a very hole-in-the-wall place," Fernandez tells Eater. He's definitely poised to attract that demographic with a comic book library, reading-friendly area filled with sci-fi novels, Super Nintendo system, and a 412-game vintage arcade system, all inside a generally "nerdy lounge hangout."

While Fernandez spent five years as a project analyst for the county, and another few working in the business world, he never let go of his ambition to open the bar that he'd been dreaming up since his high school days. After becoming fed up with the proliferation of loud, rowdy sports bars around town, Fernandez decided it was the right time to follow through with his goal and launch precisely the kind of place that he himself would want to frequent. "I wanted an alternative to the standard franchise sports bars that are everywhere," Fernandez explains. "I know that not everyone wants football on 50 TVs surrounding them."

He was also inspired by a night out with Geeks Who Drink, when he noticed that trivia crowds are often divided by that bar's regulars and those who might not typically visit that bar on a non-trivia night. "I was like, 'Why not do trivia somewhere else?' And I thought there should be places with a more sophisticated atmosphere where you can talk or read a book." 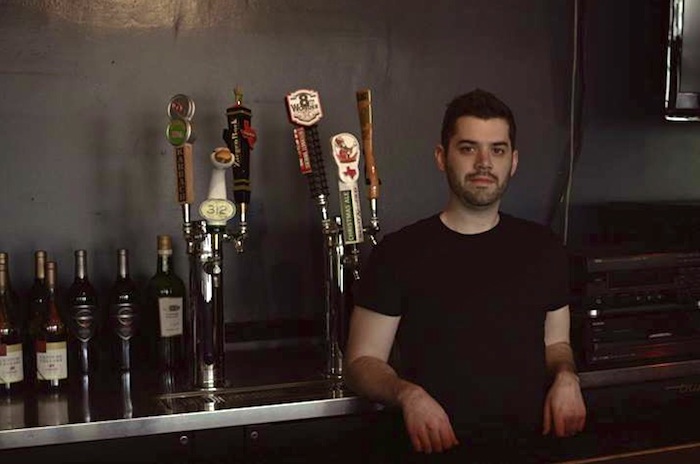 Ironically, the bar's biggest crowd right now consists of sports fans. Many Dynamo game attendees have already been taken in by the just-weeks-old bar with its pre- or post-game cookouts and with its more laid-back atmosphere than some neighboring bars. "After a game, it's always packed," Fernandez says. "We always hear the same comment, that soccer fans are older and like coming here instead of Woodrow's for a quieter atmosphere."

To expand his clientele, Fernandez plans to establish a set of theme-driven weeknights, like his already-in-play Industry Night Tuesday. "I have friends [in the service industry] who would like to come to a place like this, they're psyched that they can read a comic book or watch Lord of the Rings and do shots," he tells Eater. Apart from his industry friends, Fernandez also hopes to provide a necessary destination for another group of folks. "We have a lot of friends in the film industry," he explains, and he wants to offer "a very film-friendly place for people to use for shooting for when they need a bar scene," since some local filmmakers have a hard time finding places that will accommodate them. 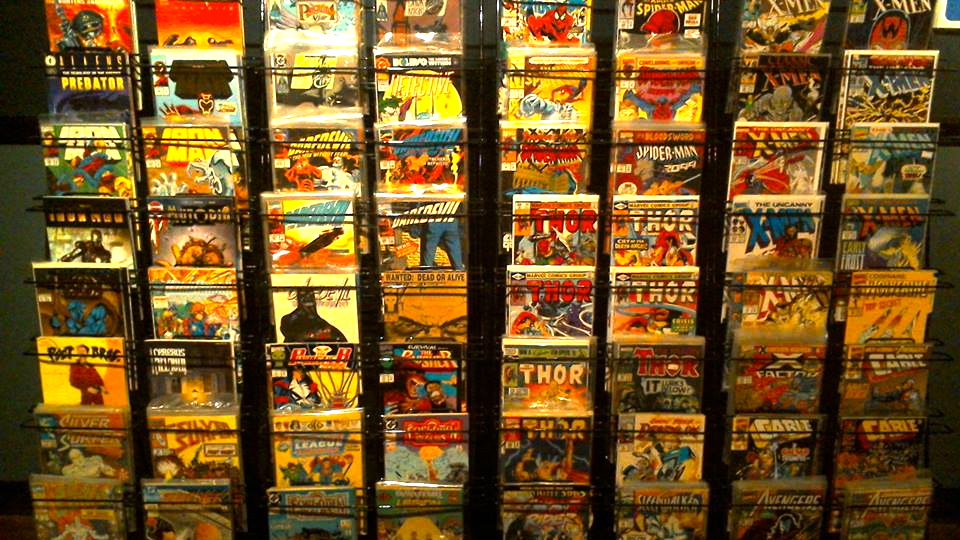 In addition to Industry Tuesday, Monday will soon become Trivia Night, and Wednesday might turn into a cabaret/karaoke night. As for another theme weeknight he's contemplating? A Magic: The Gathering night. "We're going to go full-blown nerd here," Fernandez jokes. Think of it as Comic Book Guy's shop but without the condescending vibe and with a full bar that includes Houston beer. There are already ten local beers on tap, including brews from Saint Arnold, Buffalo Bayou Brewing Co., Karbach and nearby brewery 8th Wonder.
· Neil's Bahr [Facebook]
· All Other Opening Reports [-EHOU-]