Thien An Has Reopened; Here's a Look at the Menu

Share All sharing options for: Thien An Has Reopened; Here's a Look at the Menu

Two years later and Thien An has fulfilled its promise to reopen. The popular Vietnamese sandwich shop closed back in 2012 with plans to reopen within six months, but the re-launch ended up taking more time than expected. The owners showed off Thien An's new home on San Jacinto earlier this week, and CultureMap reports that the launch seems to be going well, since the place was "already more than half full at 11:30 a.m. on Monday." While the restaurant was known for its banh mi and pho, the most popular item there has always been the banh xeo, so fans of that dish will be happy to have it back. For those looking for a different meal, check out the complete menu below: 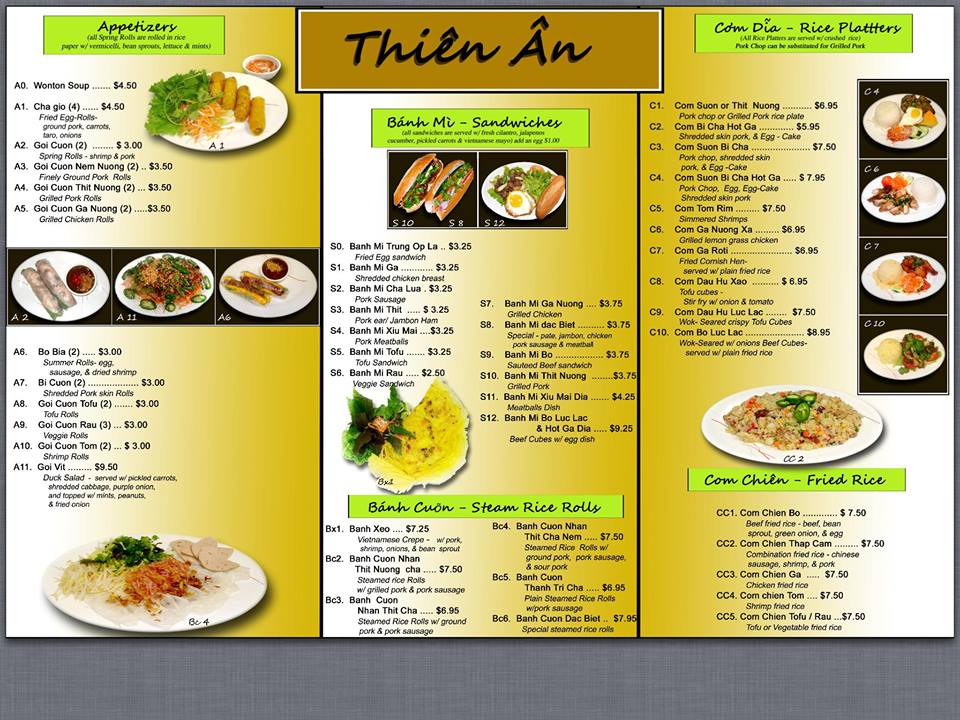 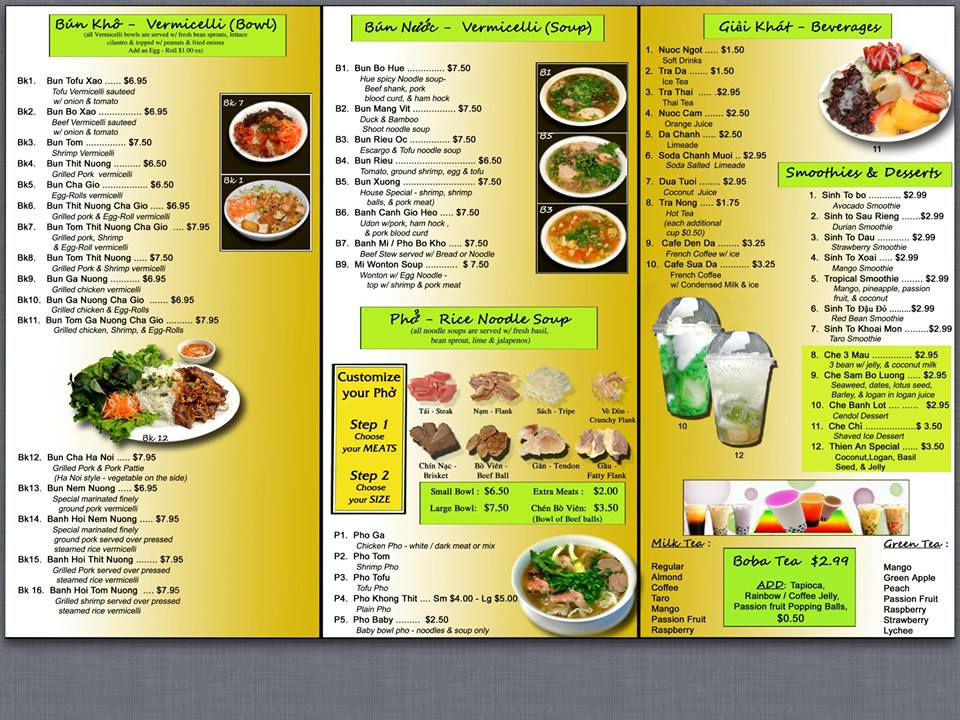