When New York transplant Shepard Ross came to Houston in 2001, he had no idea the Bayou City would change his life. He showed up after ten years in L.A. and ran Zula through 2005, then decided it was time to branch out on his own. The result was Glass Wall, opened in April of 2006 and younger sibling establishment Brooklyn Athletic Club. Now, eight years after Glass Wall opened, the Heights haven is still a hot spot for neighborhood dwellers and those who come from further afield.

"We've had people come in from the Woodlands, because they've heard about us," says Ross with a laugh. "And that's fantastic. When we started, it was us and Shade. And now, there are so many great spots, Jamie Zelko's place and Liberty Kitchen. The whole area has grown up, and I really believe that a rising tide lifts all boats, so this is a cool thing for us and for Houston." Ross is enthusiastic about his experience at Glass Wall, and credits both his dedicated team for their high-quality service and his guests for believing in him. He likes to have the menu change seasonally, and admits to having to help steer frustrated diners to a new taste when something rotates off. "What we've learned to do is make sure we keep the favorites, like the duck and the ribeye and the short ribs, and just change up the preparation as we bring new things into the menu." He does the same with his wine list, where he says he wants to promote smaller grower-producers, meaning it's very likely something you drink and love may not always be there. 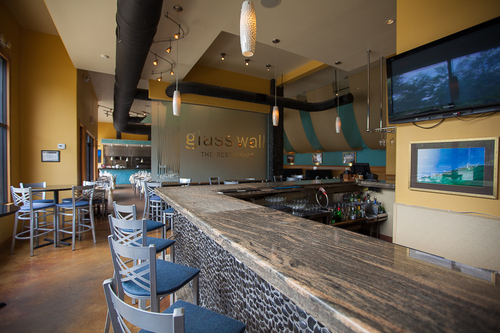 It's a matter of simple production; smaller producers make fewer cases, and while Ross gathers what he can, when it's gone, it's gone. "But, tell us what you loved about what you had and I bet we'll find you another small producer favorite." And soon, you'll be able to drink his wine. He's been wine making for the last few years, serving things by the glass, not quite happy enough yet with his product to bottle it. That's changed, and he'll have his own wines in the restaurant later this year.

"I've been a sommelier for like, 20 years," he laughs. "And I've been making wine since 2008, but I wasn't ready to call myself a wine maker yet. I've got too many pals who are wine makers, so I was very much, 'I can't go there yet.' But I can now. It's the first time I've bottled something I am happy enough with."

It's that sort of careful attention to artistry and detail that's made The Glass Wall such a popular spot. Ross says he's spent a great deal of time over the last eight years honing his initial strategy, which he says was always to be a neighborhood restaurant. 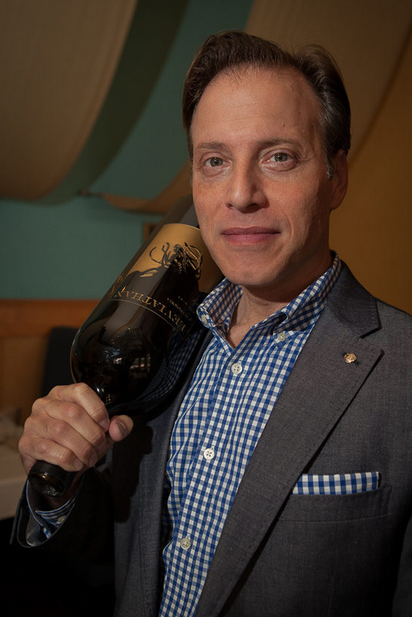 "We want folks to come in here and relax and enjoy," he says, "and not feel obligated to do or buy something they wouldn't. You know, we have folks who come into the bar and have a glass of wine and a burger and they've never even been in the dining room. And vice versa. It's such a diverse group and that's always helped us dictate the taste of the menus. We keep a finger on the pulse of our guests and if we've needed to change something, we were able to do it quickly."

One of those changes has actually been to the wine list, which is ever-evoling, not only because of the availability of the boutique wines Ross likes to showcase, but also due to changing tastes. When he opened, the list was pretty evenly split between domestic and imported wines. "Now, it's ninety-five percent domestic and about five percent global," he says. "Because it's much more in keeping what our diners like and want. And you can now find great global varieties being done domestically."

There are some changes, of course, that didn't go over quite as well.
"We took the chicken wings off the menu," he said, "as part of a regular change out. I mean, it's chicken, this innocuous thing. I thought they were going to burn the place down." He laughs. The chicken wings, it should be noted, came back.

Ross is candid about both his triumphs and mistakes, just as he is about his support for other restaurant owners. The business may be challenging and sometimes cut-throat, but he doesn't see why he should be that way. 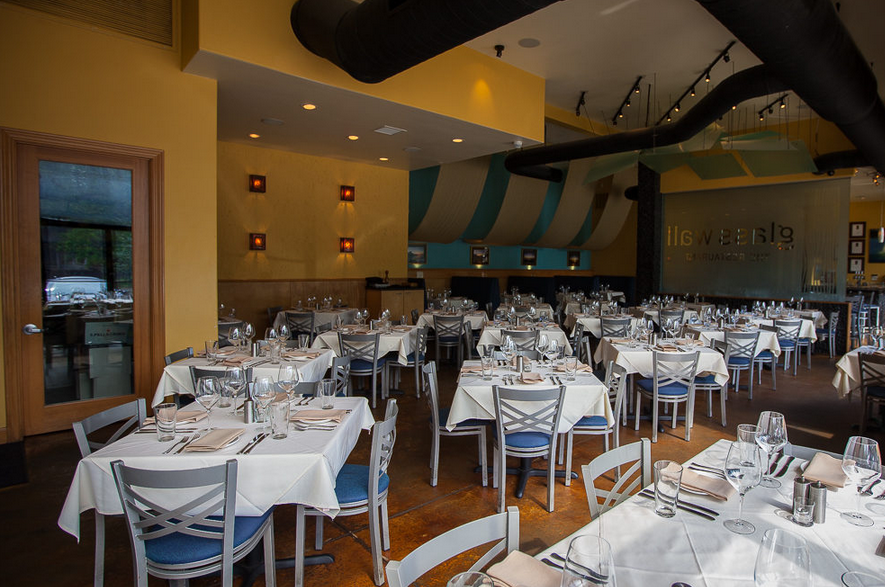 "I call it the Miracle on 34th Street philosophy," he explains. "There's a line in there about how if you can't find it at Macy's, go to Gimaball's," he says, referencing the famous department stores. "And that's how I feel. If I don't have something – for instance, space to host a large party – I have no problem telling someone, or having a member of our team tell someone, call so-and-so. Or, if someone is calling up on their way to our place and they want a 7:15 seating on Saturday night, if we don't have space for them, we'll see who else might…because everyone wants to have dinner at 7:15 on a Saturday night," he says, amused. " I mean, why wouldn't you do something like that? It doesn't cost anything to do a good deed."

His instincts have been on target, so far, and he applauds the evolution of the Heights to a spot that people are now choosing as a dining destination. "More and more people are saying, 'Let's go to the Heights,' I mean, it's exploded around here. I'll see diners out at some other restaurant and I'll joke with them about not being at our place, but I know if there's someplace else one Saturday, they're coming back to us next Saturday. The neighborhood is so loyal to its businesses. It's a great thing about Houston." 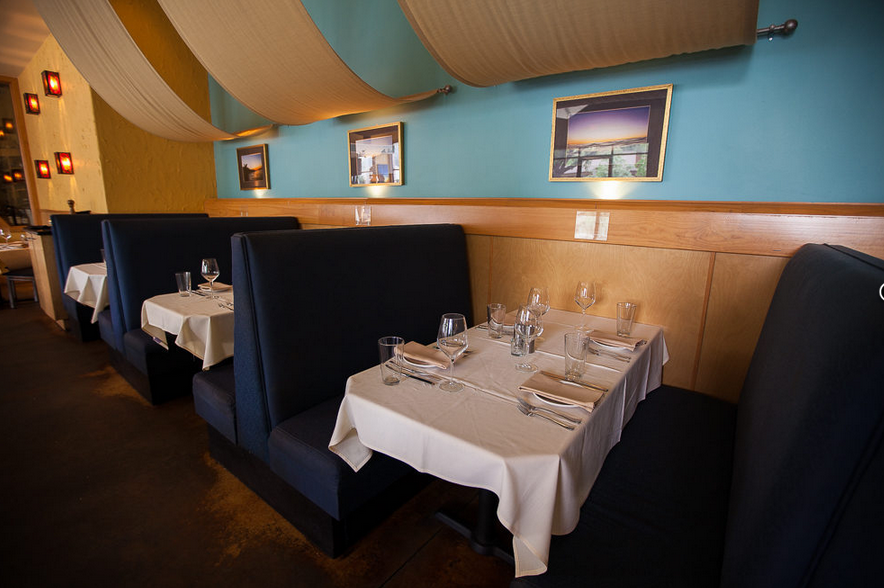 He realizes part of the business is what he calls "putting on a show," and likens having a restaurant to "putting on a performance every single night." Eighteen months ago, he extended that performance to Brooklyn Athletic Club, a few miles away in Montrose, and he says Glass Wall patrons can look for some remodeling to happen at the space in the Heights. "A little nip and tuck doesn't hurt," he explains.

But don't expect anything too crazy. Ross wants The Glass Wall to continue being exactly what it is: a neighborhood hangout that's welcoming to everyone, whether you're dropping in to have a snack at the bar, or getting dolled up for a fancy evening.

"You know, when we opened, no one in the Heights had tablecloths in their restaurants. And about four years ago, I wanted to get ride of them. People actually complained, so I kept them. And that's what's great about this place: you can be casual, or you can elegant. And we're ready to welcome you."