Vintage Park restaurant Peli Peli has made a name for itself over the past five years, due in large part to chef and owner Paul Friedman's expertly crafted South African fusion cuisine. Now the spot is set to have a presence inside the Loop, with additional locations already in the works—including the second location set to open in the Galleria area once their lease has been finalized—with the possibility of becoming a quick casual franchise after that debut. A rep for the place told Eater via email:

As for the food, the next location to open will offer the same menu as the Vintage Park outpost, including the multicultural influences typical to South African fare, as well as other flavor-packed dishes that incorporate global flavors. On a recent visit, a server told us that the namesake spicy pepper (sometimes known as the peri-peri) is used in many of the dishes at the restaurant, where sweet ingredients are used to temper the heat and create palate-shocking flavor combinations. 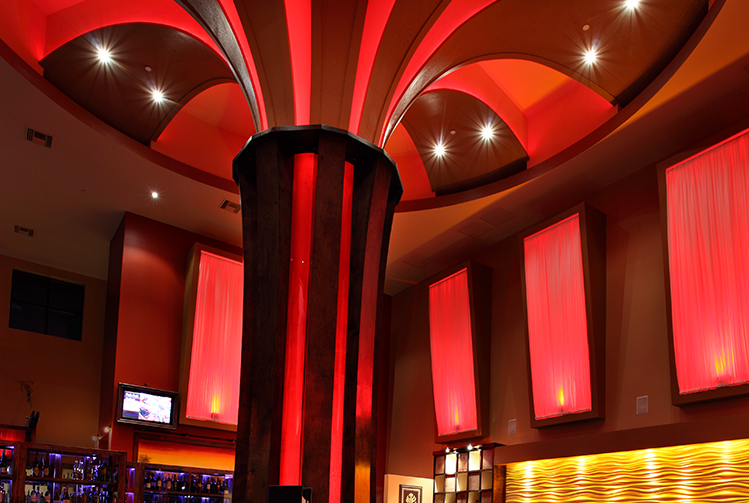 Examples of that are dishes like the "Espetada," a skewer of perfectly cooked prime beef that hangs over ginger carrot bredie and garlic-speckled spinach. The traditional bobotie, a shepherd's pie-like South African staple, incorporates the same bredie topped with a layer of spiced minced meat. All of these dishes incorporate the same spice mix, one that, like their wine, has already been packaged and branded. It's an indication of how the restaurant has began to grow their brand and prime for expansion. For now, the next project to debut will be a banquet room next to the Vintage Park restaurant that will seat up to 120 and that should be ready by July of this year.

UPDATE: The next location will be opening in the old Gigi's space inside of Galleria mall.