A Chat With Alba Huerta on Upcoming Bar Julep

Share All sharing options for: A Chat With Alba Huerta on Upcoming Bar Julep

As the much-anticipated Julep edges closer to opening, co-owner Alba Huerta talks about Southern culture, what it was like to see her julep on the cover of Garden and Gun magazine, and why she's so excited about training.

So, when will you open?
Right now, I don't have a firm date. I'm pretty comfortable with three to four weeks. And I think maybe next week or early the week after, I'll be able to say, yeah, we're opening the doors on [a particular day].

You signed the lease for Julep's space in 2012. Why the delays? Was it construction or financing or something else?
We did sign the lease in 2012. And we always knew what we wanted to do with the concept. For a while last year, actual construction delays were the reason for the delays. But, this is an historic building. And given what we wanted for the space – like having a kitchen so we could serve the kinds of things we had in mind for the menu – involved people telling us we had to bring things up to code before we could proceed. So, construction took longer than we expected. But it's like anything: You shoot for the best and you learn a lot as you go. You know, I think the building has a lot of charm. And when you look around Houston, you don't see many places like that – and we can't just grow these kinds of buildings. So, its historic factor was huge for me in what I wanted Julep to be. So, all of the partners on the venture agreed: we wanted the space and we were willing to go through the struggles to build the bar we wanted. 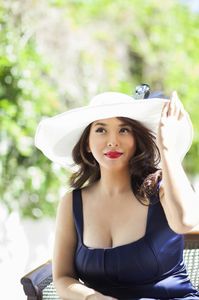 And you're in partnership with Anvil and the Pastry War…
Yeah, it's like I have three kids now, and I'm like the mom yelling, "AnvilJulepPastry War, get over here!" I'm the managing partner at Julep. And, this should've been my second bar, but because of the way the time line worked, we opened Pastry War first. And I look at what will happen at Julep to be the same way Kevin runs Hay Merchant, the beer bar, and Chris Shepherd runs Underbelly. When you work the way that Bobby Heugel and all of us do, we overlap, and it's a true partnership at Clumsy Butcher. We all support each other. But I'll always feel responsible for Anvil and Pastry War, and we all work together behind the scenes.

Are any of your team from those places coming with you or have you hired an entirely new staff?
Well, we have a small staff for Julep, maybe only six or seven people. But Kenneth Freeman, who worked with me at Anvil for three years, is coming to be the general manager. And for anyone who doesn't know Kenneth personally, you've probably seen him behind the bar at Anvil; he looks about 12. On one of his first nights working, he carded someone and the person actually asked him, "Can I see your ID now?" It was pretty funny. He's just great, and he's very much about working in a group and helping to develop new talent and he can work with all sorts of personalities. And Adam Garcia is going to be our chef, and he's got this terrific menu. It's really well thought-out in comparison to the drinks we'll be serving.

As you get closer to opening the doors, you're obviously working on lots of finishing touches and getting everyone on the same page. How's that going?
You know, I like that we have such a diverse group of people in our company. They all come from different places, not just geographically, necessarily, but in their lives and it's just funny and great to see them all come together and they want to make cocktails. That's cool. And we emphasize training a lot. I love that. I love the process of it all. Right now, we're working on everything from the kind of service we expect, to where things like the glassware and the towels are. 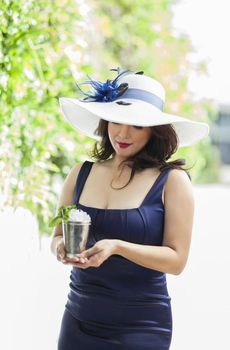 Besides opening the doors, what else are you excited about for Julep?
Oh, definitely opening the doors! But also, you know, I love the training process. I like everyone coming together. And on Wednesday, Dave Pickerell, who used to be the master distiller at Maker's Mark, and is now making his own bourbon, is coming through Houston as part of a tour through Texas for his own product. So, he agreed to come in and do a session with all of us, and I am so grateful to him. He's been a great mentor of mine, and I don't know how not to be excited about him coming in for us. Also, I'm really into having a great wine program. We do cocktails, of course, but I've had such a good time making sure we have both wine and beer that will enhance the whole experience at Julep.

One of the things you have always talked so much about with Julep is the idea that this is a Southern regional cocktail bar. What does that mean to you, and how did your research go into the concept?
We make cocktails, right? That's what we do. We do these craft creations and I love that. And the julep is very regional. It has such an interesting story. So, it started out as a vessel for medicine, and after the Civil War, it became a symbol of the well-to-do. After the war, ice was three times the price of dry goods. And you need ice, obviously, to make a julep. Even the metal cups they were served in, whether they were pewter or nickel, those were expensive. And this drink became very much a announcement that you had money and stature, if you were able to serve one. Before the war, it was made with different spirits, but afterward, it was popular to do it with bourbon, and that's part of what makes it a Southern drink. It's a relic. And now, all of the ingredients you need for it are all readily available – even the cups. So, it's fascinating to me to see the journey this drink has taken. And I wanted Julep, the bar, to reflect those Southern specialties.

Your Mint Julep was the cover photo on Garden and Gun magazine. What's that feel like?
It. Feels. Awesome! I love Garden and Gun. And when I tell people about the magazine, a lot of them are like, "Wait. Gardens and what? Gardening and this gun thing?" But I love that publication more than anything. It's a great magazine. And it was awesome to get the cover. I didn't even know I had. I was at an event, and copies of the magazine were in the rooms. And I was just so swamped, I just glanced at it and thought, "I'll get to it later." And I didn't. So, I thought, "Ok, "I'll put it in my bag and read it on the plane." You know, it was just one thing after another. But, people at the event were the ones who saw it and told me. I mean, I had no idea that was going to happen.

Obviously, you'll have a mint julep on the menu. What other takes on it will you do?
I'm very proud of the Spiced Julep. It's a take on Tom and Jerry punch, which was made with allspice, cinnamon and clove. So, we use those and it has a really nice smoky component to it.

After its public debut, Julep will be open daily from 4 p.m. to 2 a.m.