Not since 1992 when RDG + Bar Annie chef/owner Robert Del Grande was named Best Chef Southwest has a Houston chef been awarded that prestigious title. Underbelly chef Chris Shepherd won that award on Monday night in New York City, after having been nominated with fellow Houston chefs Hugo Ortega of Hugo's/Caracol and Justin Yu of Oxheart. This was a record year for the number of local competitors who made it to the finalists round; they were joined by Austin Barley Swine chef Bryce Gilmore.

Shepherd accepted the award with Underbelly sous chef Lyle Bento and ownership group Clumsy Butcher partners Bobby Heugel and Michael Burnett on stage. The chef said, "I'd like to thank the city of Houston for letting me be a part of it and showing our vision of the city through our food." 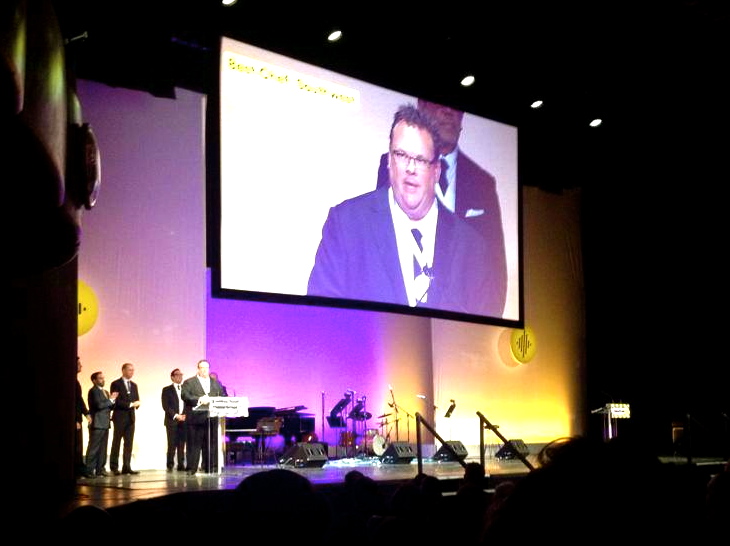