Feroza Saidwan-Carvalho and husband Don Carvalho have officially brought their Trinidad and Tobago-born cafe to Houston. Donafe's Cafe made its debut in Vintage Park over the weekend with a menu of traditional island food alongside basic sandwiches, savory pastries and caffeinated drinks. Saidwan-Carvalho told Eater back in April that they've been tried and tested on a Vintage Park audience over the past few months, since she's offered samples to see how receptive locals might be to her traditional food. She's still hedging her bets with classic American sandwiches while offering some Caribbean items, too. "My main thing is a handheld savory pastries—meat pies—that are similar to kolaches and empanadas but made with flaky pastry and seasoned with herbs and spices that come from Trinidad," she told Eater. Among the options she's excited to offer is a chicken pie with with a hint of curry, as well as a beef pie with thyme and culantro—an herb that's like cilantro but more pungent. There will also be a "Shark & Bait" sandwich that the owner says is also "an ode to Trinidad" made with fresh fish on ciabatta.

After ten years in Texas, Saidwan-Carvalho is now definitely setting down roots with a project she's long hoped to introduce to locals. She said that eyeing the success of that area's Peli Peli gave her the extra boost she needed, since seeing "people being open to the South African cuisine" made her feel that "a concept like mine would be successful, too." Located next door to recently opened Brazilian steakhouse Facón Brazilian Steakhouse, the tentatively set hours are 7 a.m .to 7 p.m. for now. (Call ahead to ensure that they're open.) Here now, see the menu below: 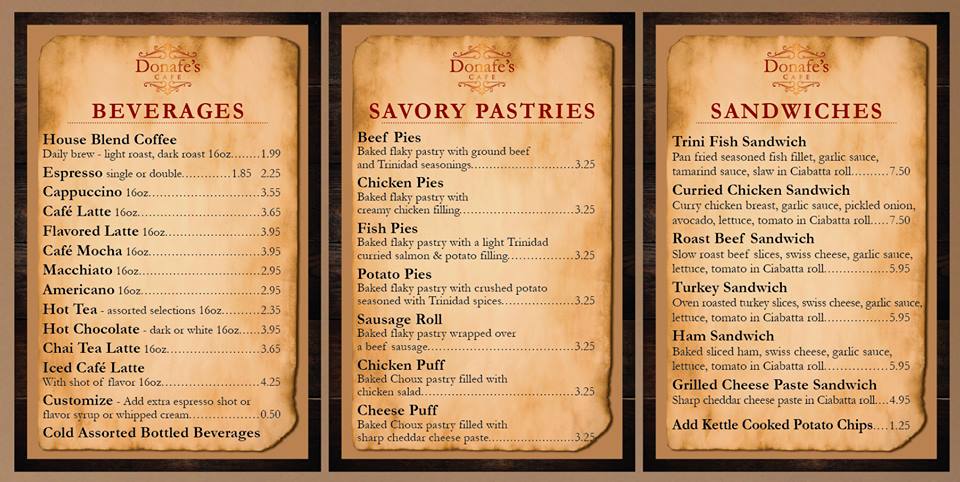