Two Years In With Philippe & Beline Harel of Salé-Sucré

Share All sharing options for: Two Years In With Philippe & Beline Harel of Salé-Sucré

When Philippe and Beline Harel opened their créperie/restaurant Salé-Sucré on White Oak two years ago, it was a shift for a section of street that was known for fast-casual restaurants and bars catering to the early-twenties crowd. But the couple knew their concept could work, and they were determined to teach this stretch of the Heights that French food didn't have to mean "fancy."

What did the place look like when you first took over?
Beline: It was a wreck!
Philippe: It had been a bakery—
Beline: And the kitchen took up most of the space. I came in to see it and Philippe said to me, "Keep an open mind." He did all the wood floors himself, he did the bar. He put the shellac on the tables, and it took a few tries to get it right, so we still have these stains and drops all over our garage.

The space turned out beautifully. What were your impressions of the neighborhood, and have they changed?
Beline: Philippe told me that it was like a petite Montmartre, like in Paris. So, I had this idea that was very boho, kind of hippie chic. But it's not really that. It's more mixed, and diverse. It's a bicycle, walking, beer crowd and some people who are coming in who know more about food. 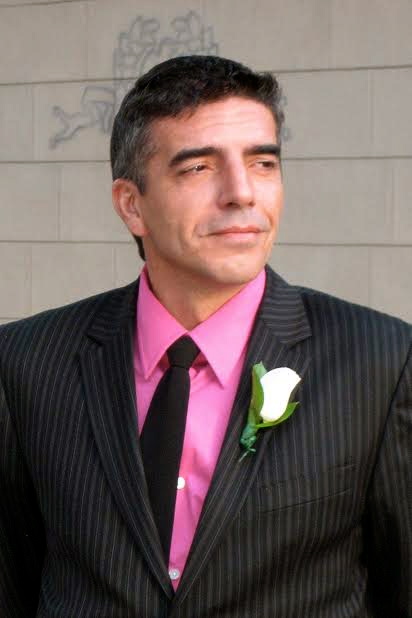 Do your diners come from the neighborhood then?
Philippe: They're from all over: The Woodlands, downtown, Katy. When Beline and I are out at other restaurants, we hear that people are surprised we're here, because the neighborhood is so mixed.
Beline: But we love being in the Heights. Houston as a city is so international. And, over the last five years, it's become even more so. And this little part of the neighborhood is so diverse. We get these young people in on their first dates, and we'll serve businessmen at lunch. It's everyone.

It's not necessarily where you expect to find a French restaurant. But, you've been here for two years and you just celebrated a big Bastille Day Party; you're getting ready for Houston Restaurant Weeks and White Linen Night. How was your second year different from your first?
Beline: The first year, a lot of people came because it was new, and everyone loves the new thing.
Philippe: Now, the people who have been in are coming back and they love the food.
Beline: That's true. Once they are here, they love what we do, and they appreciate the idea that French food doesn't have to be pricey, and it's not a fancy place. You can come in in jeans, you can come in and share a crêpe and have a glass of wine. 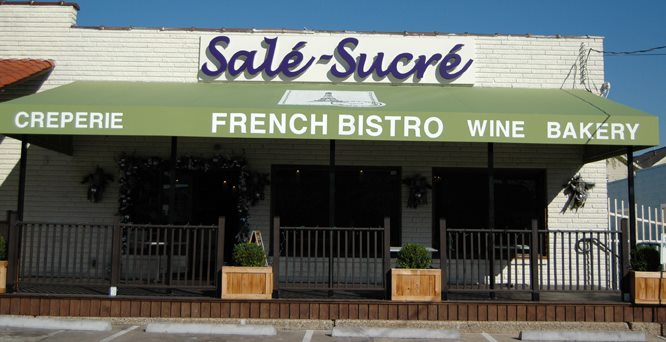 And everything you do is done in house?
Philippe: Everything is fresh. I am at the farmers markets every day. There are no cans in the kitchen, we do all our sauces, everything, in house, from scratch. And everything is made to order.

What were some of the challenges you had when you first opened, and how have they changed?
Beline: We had to adjust a couple of menu items, like we needed to change the mussels a little bit. Originally, we did them with pastis, and that wasn't a familiar taste for people. And we started out with larger portions because we thought everything had to be bigger, but we realized that our customers were happier with smaller potions.
Philippe: And we did need to help them understand that because we do things from scratch, it can take some time to make things. It amazed me that people will wait 15 minutes at a Starbucks for their coffee, but if they ordered an appetizer here, they'd be asking about where it is after 10 minutes. So, working with people to help them know if they were in a hurry, we can meet their needs, but the idea is for a little more leisure.

You've been wanting to take on more wedding orders. How are you working on that?
Beline: I think we'll start working with some wedding planners this year, because more and more people are using them. We do catering for weddings, and can work with anyone on what they need, and we look forward to doing more. 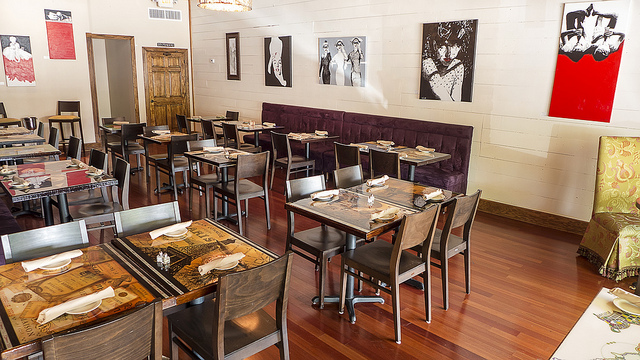 What is the experience you want people to feel when they come here?
Beline: To be at home. To know that you can have French food that's good and it's in a nice atmosphere, but it doesn't have to be upscale and stiff.
Philippe: On the lunch menu, everything is between $10 and $15, and it's homemade and it's flavors you know and enjoy. It's all fresh food.
Beline: We want people to know that we're casual. Like in France, when you pop into someone's house without calling, and they say, "I don't know what I have in the refrigerator, but let's do something, some wine, whatever."
-Holly Beretto