Back in March, when Eater reported that UK-based Mascalzone would be opening at the old Solea space (1500 Shepherd), we didn't expect that the west side outpost would debut first. But 12126 Westheimer is precisely where Italian boxer and London resident Andrea Magi, a bronze medal winner at the 1987 European Championships, will mark his entrance into the U.S. market on Monday, Aug. 18.

Named after a pizza-calzone hybrid, the chain's Houston menu has not yet been finalized, but will include a black squid ink pasta with lobster and pizza baked in a MaranaForni oven. Magi already owns two Mascalzone restaurants in London; he said in a statement that he chose Houston as his first U.S. location because of our "vibrant, growing international community and adventurous palates." There are already plans for three more Houston-areas stores to open in the next year. Expect the second Houston Mascalzone to open on Shepherd in October, below is a rendering: 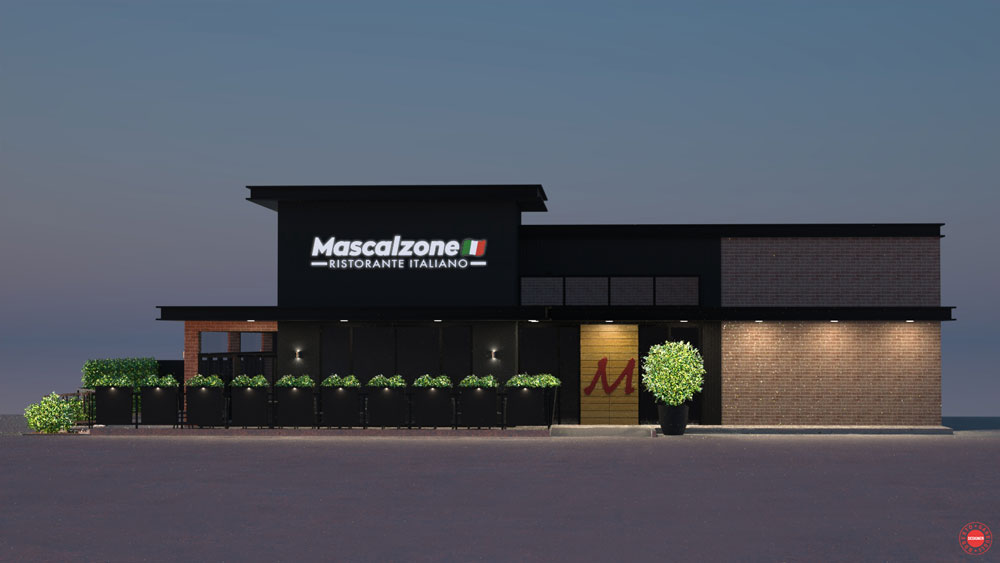