Feast Your Eyes On Stone's Throw In Montrose

Share All sharing options for: Feast Your Eyes On Stone's Throw In Montrose

Shawn Bermudez's mini-empire along the Westheimer curve continues to expand with recently opened Stone's Throw, a bar named for its proximity to sibling establishments Boondocks, Royal Oak and Pistolero's. Bermudez, who also owns some retail clothing shops in the area, partnered up with Royal Oak general manager Hunter Montgomery to transform the former beauty supply store into a high-energy neighborhood drinkery. After a number of lengthy renovations and unexpected delays, the duo finally debuted the Montrose bar to the public last week.

It's likely you've already spotted the establishment's Westheimer-facing sign, which leads into a dark, ornate space boasting 20-foot ceilings and a 17-foot bar. The focal point of the gothic interior is the bar area's backdrop, a dark wood façade with pointed arches and copper and brass-plated taps. Tufted black and gray booths, elaborate pendants, chandeliers and intricate, wrought iron work round out the massive space. 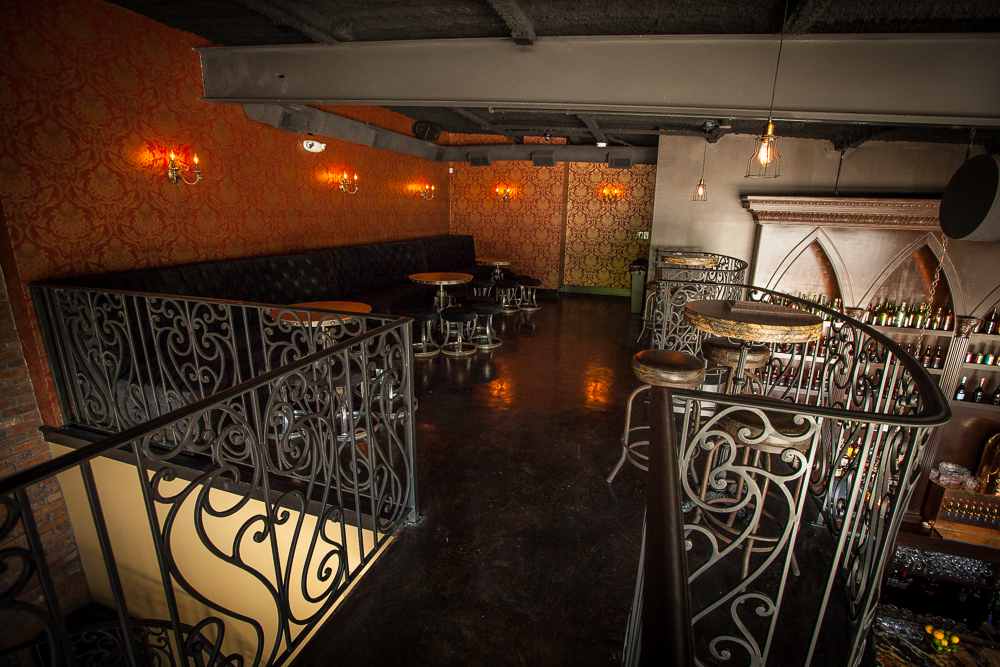 As for the drinks, Stone's Throw offers mostly Texas craft brews and a beverage program helmed by Royal Oak bartender Caleb Gutierrez, who has written a menu of 12 cocktails, some of which include housemade ginger beer. Poised to attract a regular crowd, the bar hosts a daily happy hour with "progressive pricing" where drink prices reflect the hour: $4 at 4, $5 at 5, $6 at 6, $7 at 7. On Sundays the bar will focus on champagne and champagne cocktails, and on Thursdays there are $6 martinis all night. Although Stone's Throw doesn't have a food menu, the bar does stock bacon bourbon caramel corn and spicy mixed nuts, and it's likely that one of Bermudez's food trucks will often be parked outside.

While Bermudez always seems to have a new project in the works as he's launching another, this latest establishment has been a long time in the making, and he's taking a well deserved break to enjoy its debut. "I live here, and I feel like the neighborhood is always going to take care of me. Every time I take on a new project I try to up it a little bit. I look at my last projects, and I don't want it to be on the same level or any less than I did before," he said. "I'm really proud of this one."