Here Are Some Restaurants That Pour Good Rosé

Share All sharing options for: Here Are Some Restaurants That Pour Good Rosé

If you've been in H-Town longer than, say, four minutes, you've figured it out: August is hot. August is humid. August lasts for three months. August is awful for your hair, fantastic for your skin and a great time to drink rosé. Many wine geeks and sommeliers find it to be a particularly perfect hot-weather wine, with its bright acidity, its fruit-forward flavors and all around great taste. So we asked some local wine gurus for their rosé recommendations and sipping tips. While several wine bars like Camerata have good options, we focused on restaurants that serve the light pink vino with dinner.

"You can just drink it," emphasizes Evan Turner, general manager at TABLE on Post Oak. "Rosé goes with everything. You can drink it with Tex-Mex, with Greek food, with a grilled steak, or because it's a rough day." While rosé has been riding a wave of wine geek love lately, it wasn't always so. "Many people got their start in wine drinking White Zinfandel," says Turner, grimacing at the Jolly Rancher sweetness of that 1980s California offering. "But it's not where you start, it's where you end up."

It's true. White Zin is sweet, and if you've got a sweet tooth, you'll dig it. And it is, for many, a gateway wine; it was the staple of many a college party in the 1980s and early '90s. But rosé is more than that. It's made nearly everywhere in the world where they make red wine (read: nearly everywhere in the world), and it's made from red grapes. But the skins are left on during the grape-crushing process, leaving that trademark pink color behind. Rosés range in taste from crazy sweet to desert dry, and complement any number of personal palates and foods.

Adrian Cuneo of Mockingbird Bistro offers up A Tribute to Grace 2013 Rosé of Grenache from the Santa Barbara Highlands Vineyard in California. The 100% Grenache pairs up with Scottish salmon, diver scallops or Bouillabaisse. "It's a wonderful rendition of a Provencal style rosé, but for the heart of the Sierra Madre Mountains," he says, noting its watermelon and blood orange tastes. 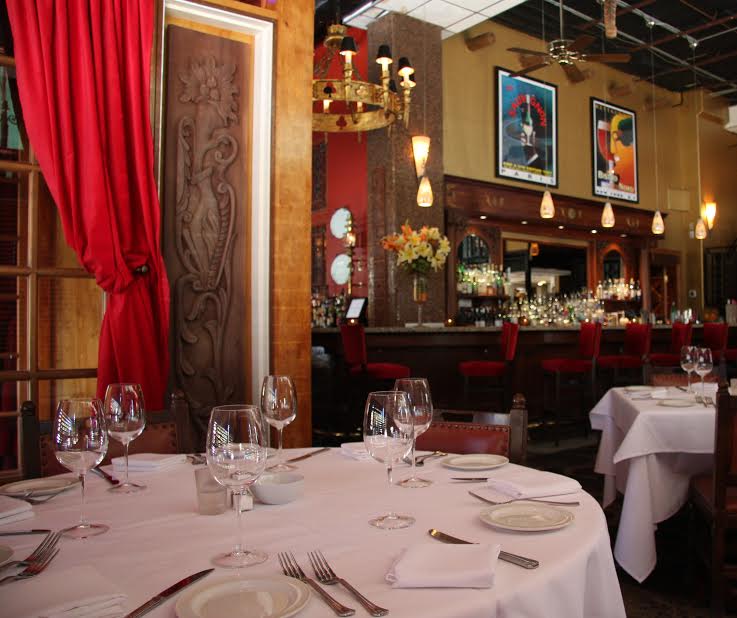 Over at Laurenzo's, they're in the process of revamping their wine program and have brought in nearly 100 more wines. Saul Corona, Jr. is overseeing it all, and he's got two rosés on the list. The Chateau St. Pierre is a Cotes-du-Provence, with a gentle orange color and a stunning bright strawberry taste. The Meli Melo, a berry-colored inspiration out of France's Loire Valley, is fuller, with more cranberry tones. "I love the French styles of rosé," he says. "And these work with the ahi tuna salad and the beef carpaccio appetizer on the menu."

Turner, the self-described "Greek food jihadist," slipped the Kir Yanni "Akakies" onto the wine list, a sparkler made from Xinomavro, a Greek grape variety similar to Barolo. The vivid pink concoction is dry and delicious, and he calls it "a picnic in a glass." Head in and order it with the restaurant's salmon offering for Houston Restaurant Weeks, the cheese plate or just because it's Thursday.

"Food and wine pairings can sometimes get a little haughty," Turner says. "But you know, rose is anything but. It's simple, it's evocative, it's come as you are. What's not to love about that?"
-Holly Beretto