The most popular lobster roll purveyor in the city is expanding again. HKA Texas reports that Maine-ly Sandwiches will be branching out to a new location in Humble, at the space that once housed Going's BBQ. Eater learned that owners Buddy Charity and his wife Angela Charity are expecting to open their new location in about a week, permits allowing. Their daughter Holly Charity tells us that her parents happened upon the vacant place while having dinner in the area and observing several crowded restaurants. "I'm pretty sure it was just an accident," Holly said of finding the new store. "We'll have everything there, the fried clam strips, whoopie pies, Italian [subs]. This third location is definitely going to be the biggest." Their first location is in Greenspoint, and their second is at 3310 S Shepherd—where the menu grew to include the fried clam strip sandwiches that have become a big hit.

In addition to this new outpost, the Charity family is also preparing to launch a food truck. Holly said they'd be debuting the mobile eatery any day now and would be parking "wherever people want us to be." Reach out to the shop owners with your suggestions via their Facebook page or in our comments section. And see an image of the truck below: 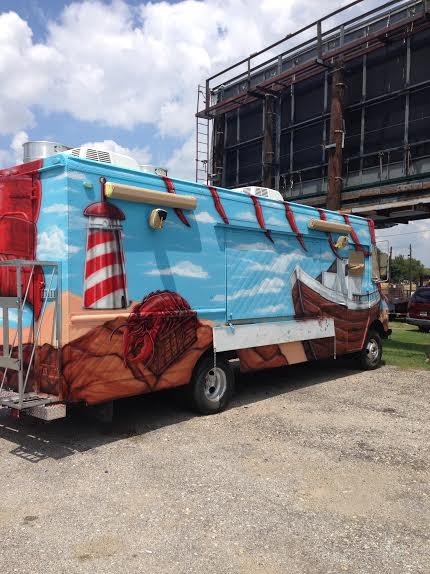